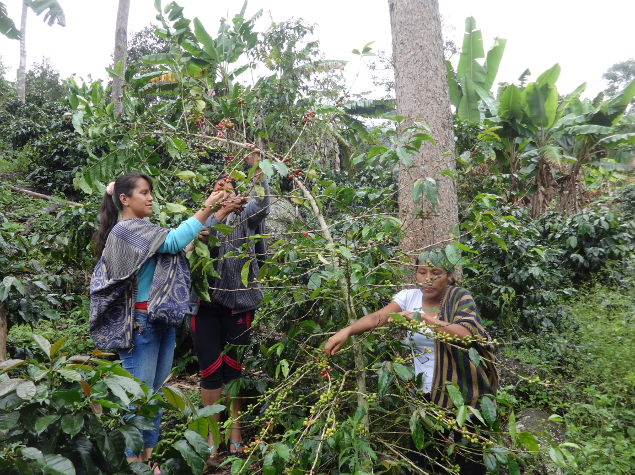 The Amazonas region of northern Peru is home to some of the world’s most species-rich forests. It is also home to a population of people of whom 88% are living in poverty or extreme poverty.

The Monte Alegre Conservation Concession protects some of the most intact middle-elevation cloud forest in the Amazonas region. With Balsas Marañon Regional Conservation Area, they both feature important watersheds, including the Marañon River watershed and the Utcubamba watershed, which provide clean water to over 100,000 people. Within these protected areas, charismatic species such as the spectacled bear, hairy anteater, and the yellow-tailed woolly monkey – an endangered species that is endemic to Peru – are being safeguarded. The Regional Government of Amazonas has prioritized a plan to place 70% of its 4,047,000 ha region under conservation protection. In 2012, the Regional Government of Amazonas invited Nature and Culture International’s (NCI) Amazonas office to be their lead partner in establishing this comprehensive network of regional, community, and private reserves, and conservation concessions.

In 2013 Nature and Conservation International (NCI) initiated work with the communities along the proposed Balsas Marañon Regional Conservation Area (Balsas RCA) by organizing two community production associations and in 2015, NCI, with the Regional Government of Amazonas and the Flor de Café Cooperative, established the Monte Alegre Conservation Concession, legally protecting 21,126 ha of pristine Amazon rainforest. There, coffee has emerged as the leading industry to unite goals for conservation and economic prosperity. NCI has initiated work with the Flor de Café Cooperative to build the capacity of local growers in the production of organic shade-grown coffee to sell internationally.

NCI proposes to build the capacity of the Flor de Café Cooperative by improving their production of shade-grown coffee to reach international markets; increase their revenue by at least 40%; improve their supply chain of organic coffee; and generate long-term participation in the co-management of the Monte Alegre Conservation Concession in the Amazon of Peru. Additionally, NCI will expand this co-management model to the coffee-growing communities surrounding the proposed Balsas Marañon Regional Conservation Area.

In turn, the communities will agree to participate in the management committees of their respective adjacent protected conservation areas, sign conservation agreements, and increase production of coffee with other communities to generate income without impacting the protected areas.

NCI staff, including NCI’s Coffee Specialist, will initiate this project in year one by guiding the Flor de Café Cooperative through the process of obtaining certification for selling to international buyers. Coffee growers will be trained in the process of producing higher coffee yields through the diversification of coffee plant varieties, inclusion of native fine hardwoods and other income generating plant species (i.e. bamboo, guayusa, and stevia) on their farms. NCI’s has already identified one international buyer and will continue to identify additional international buyers for the project. NCI staff will also provide technical assistance to empower the communities to manage shade-grown coffee nursery production, as well as soil management and best practices for fermentation and drying of the product.

Once the Flor de Café Cooperative begins to receive 40% or more for each pound of coffee they sell and are actively developing the management plan for the Monte Alegre Conservation Concession, NCI staff will expand the project to the community production associations surrounding the proposed Balsas RCA. Ultimately, the increase in shade-grown coffee sales will directly benefit the surrounding communities’ two protected areas by reducing their impact on the forest and enhancing their participation in the management of the areas.

The project managed to successfully reach its conservation goals while improving at the same time the livelihoods of the producers of the 3 different areas targeted and their respective associations. The first year of the project was focused solely on working with Flor de Café in the Monte Alegre Conservation Concession, with the final two years of the project involving the 2 additional replication sites and their respective associations, ASP and AFM. The coffee production increased by approximately 66% in all the 3 project sites. 10 coffee nurseries have been established (8 in Monte Alegre and one in each of the 2 replication sites). 11,500 seedlings of 11 native species were produced in these nurseries, based on the demand of the members of the associations. These nurseries will continue serving the project areas to produce both coffee seedlings, as well as forest species for agroforestry.

The 323 members of Flor de Café have the fair-trade certification and 276 families have also the organic certification: 269 from Flor de Café (the remaining 54 are in the last stage of their conversion and are awaiting for the annual organic certification by end of 2020) and 7 from ASP. In the replication areas, all the producers are expected to go through the organic certification in 2021 as the transition process last at least 3 years (and the project started there in 2018). Thanks to these certifications, the sales prices for the Flor de Café members increased by 24%. The association also has now a fully equipped and operational coffee tasting laboratory, which will allow them to market their production and sell the most select coffee of the annual harvest at higher prices. As part of the diversification strategy of the producers’ income, 20 families started also beekeeping in their plots as a complement to their coffee production: the first honey harvest was carried out in October 2019, generating an additional income of $ 60 per family. Such complementary activities will continue as it allows the producers to have an extra income every 3 or 6 months, at times when they do not receive income from the sale of coffee. It was easily adopted, requires little investment, and there is a high demand of honey at local and national level.

The 3 project areas now have their conservation agreements: 3 biological inventories have been carried out and a brochure on the biodiversity of the Monte Alegre Conservation Concession was produced at the request of the population. Agreements of good management practices were also established and implemented with 16 cattle ranchers who have expressed their commitment to protect the forest and have actively participated in the different workshops (GPS management, biological survey, etc.). Thanks to the ongoing training on patrolling, fire control, forest monitoring and other topics, the 3 committees for the management of these protected areas have been formalized and are able to comply with the signed conservation agreements in the project areas. These management committees will continue to be the leaders for the conservation of their forests. An excellent example of the appropriation of conservation values by the producers themselves is the fact that Flor de Café initiated, during the project, two programs on its own initiative and financed entirely by them, “Todos al Agua” and “Cantuta”, dedicated to the care of the forest, water sources and biological diversity. 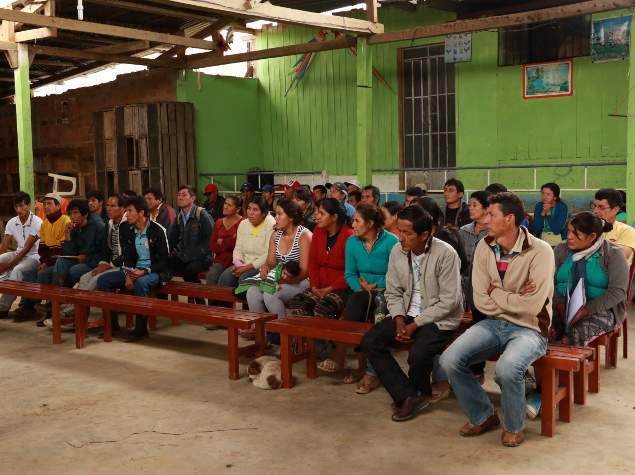 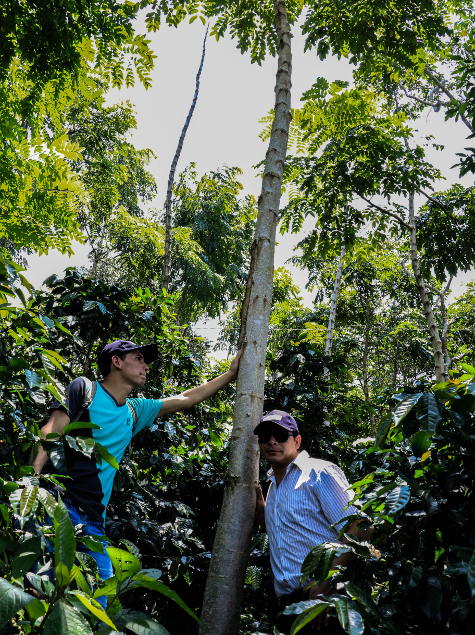 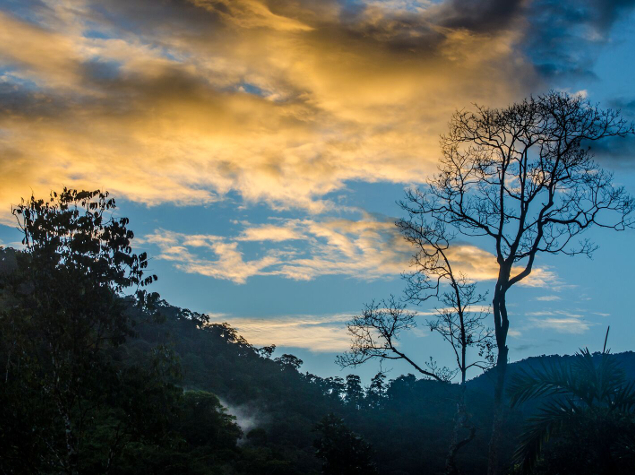 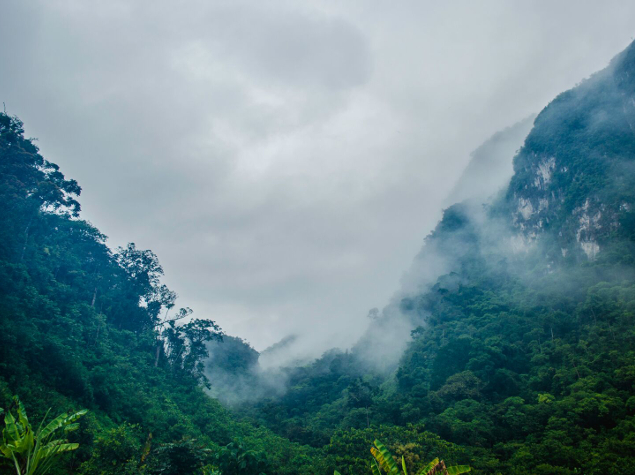 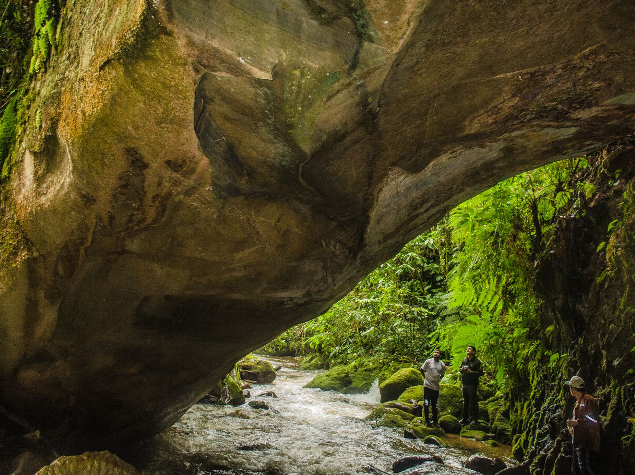 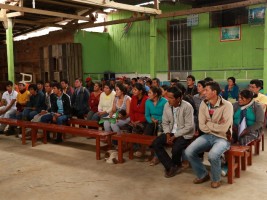 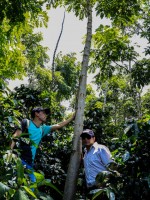 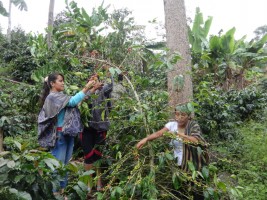 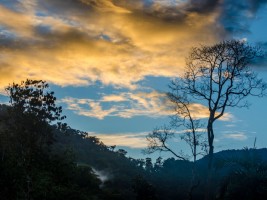 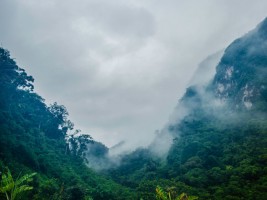 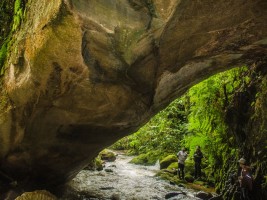