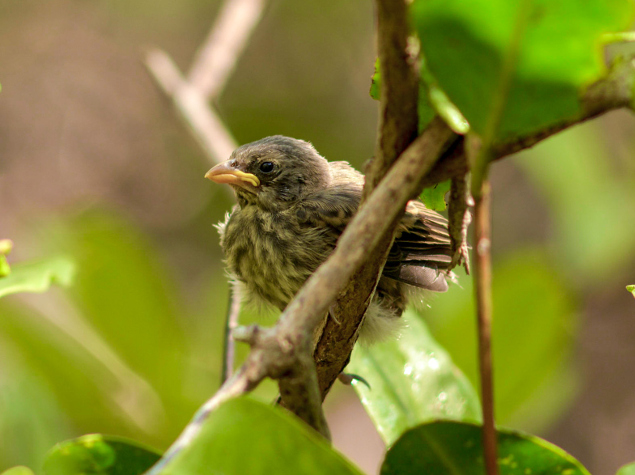 Once distributed extensively throughout mangroves on the two western islands of Galapagos, following extensive population reductions since the early 1900s, the mangrove finch is now restricted to only 30 hectares on north west Isabela Island (at Playa Tortuga Negra and Caleta Black). The population is estimated at only 100 individuals and there are fewer than 20 breeding pairs. Without conservation intervention, mangrove finch nesting success is extremely low due to high nestling mortality as a result of introduced species.

The main objective of this project is to lead intensive conservation management to reduce extinction risk to the mangrove finch by increasing fledgling success each season, by reducing nestling mortality from introduced Philornis downsi larvae parasitism and introduced rat predation. Concurrently capacity building of Ecuadorians via hands-on training in endangered bird conservation techniques takes place. Additionally the project has a small outreach component to increase awareness of the mangrove finch within the local community of Puerto Villamil (the largest town on Isabela island) where the mangrove finch is presented as a flagship species to highlight the importance of protecting mangrove habitat, such as the Ramsar wetland which surrounds the township.

Fondation Ensemble supported this project in 2016

At that time, there was no viable method to protect nestlings in their natural habitat and eggs and/or small chicks had to be removed from the wild and reared in captivity before being released back into the wild (head-starting). Over four years, this head-starting program successfully released 39 hatchlings that would not have survived otherwise and since then several individuals have been observed in the wild and some have successfully bred – with one hand-reared female having now raised three clutches. However, this technique was logistically and technically challenging and while two seasons had very high captive chick survival, during two seasons this was low. In addition collecting eggs and/or small chicks interrupts the reproductive cycle of the adult birds. As a result the Mangrove Finch Project has been committed to finding a technique to protect nestlings in the wild, enabling them to fledge naturally. During 2017 the field team trialled a new method, developed by collaborators on more common Galapagos finch species, to protect mangrove finch nestlings from parasitism without having to remove them from the nest, this proved to be successful. By carefully injecting an insecticide (permacap) solution into the base of nests the number of Philornis downsi were reduced and chicks fledged. Additional care is given to chicks by removing any parasites found and providing supplementary food. Since 2017 at least 26 chicks have fledged in natural conditions as a result of this and individuals from treated nests have now been observed breeding. These results demonstrate the need to continue with intensive conservation management to increase the mangrove finch population until a large scale viable Philornis downsi control method can be determined (a separate project, CDF’s Philornis Project, is focussed on conducting research into this).

An intensive two-month field trip will be carried out in early 2021 during which time the field team will focus on increasing mangrove finch breeding success without having to remove any birds from their natural habitat. Mangrove finch nests will be located and treated with permacap solution to reduce the number of Philornis downsi larvae. This method, which will be used for the fourth season, will be compared with results from head-starting. Additionally, to reduce nest predation, introduced rat control will be conducted across all occupied mangrove finch habitat. Data on the mangrove finch population will be collected including habitat and territory occupation, survival (capture/recapture/marking), blood collection for DNA/disease analysis.. Trials will be conducted to see if supplementary food provided to the adult population can assist the species during breeding seasons with dry weather and limited food supply. The localised mangrove forest habitat, on which the mangrove finches depend, will also be studied to help inform future management decisions. Local personnel will be involved in all aspects of these field activities. Finally, public awareness campaigns will continue to be undertaken with school children in the local Isabela Island community. 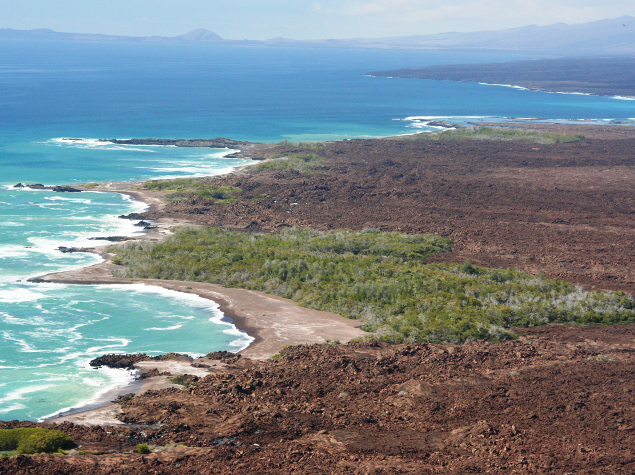 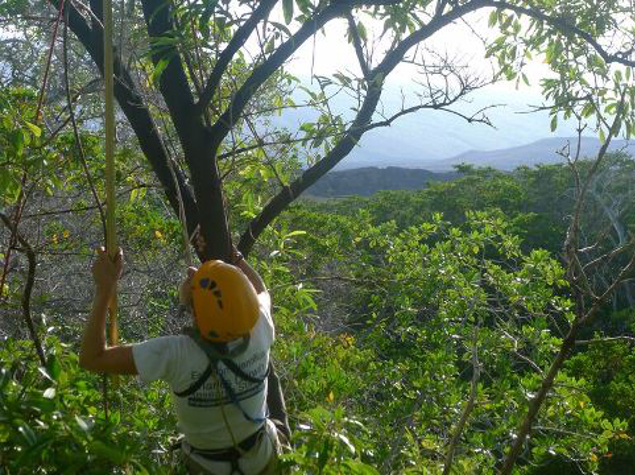 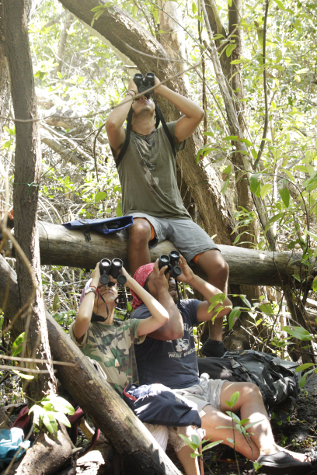 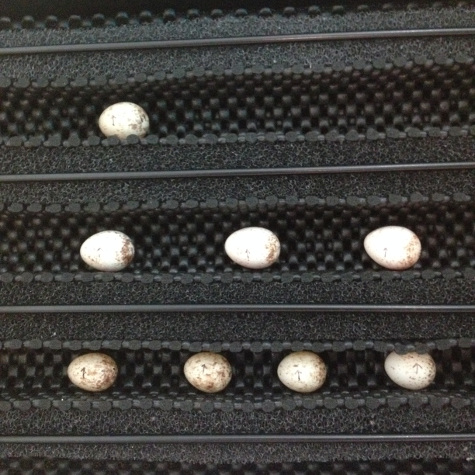 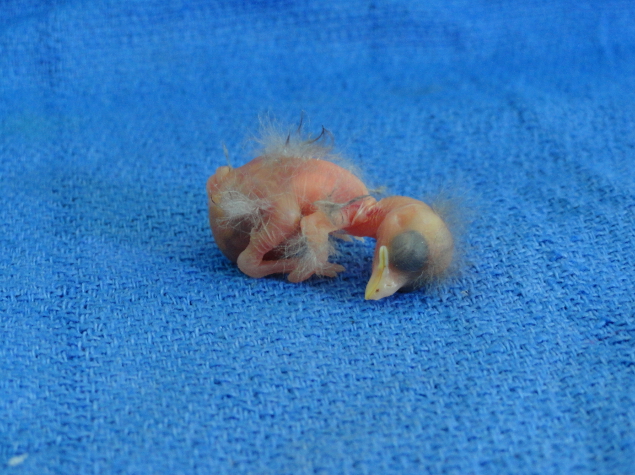 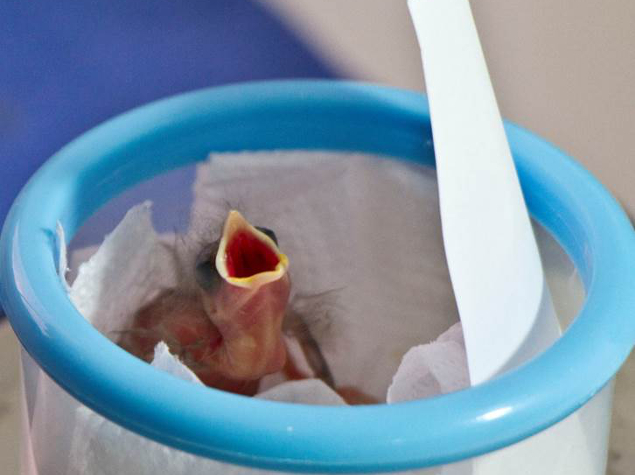 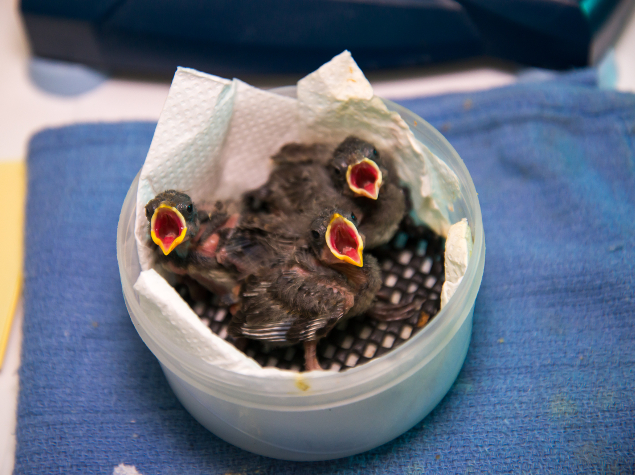 Mangrovefinch chicks prior to fledging in captivity © Tui De Roy 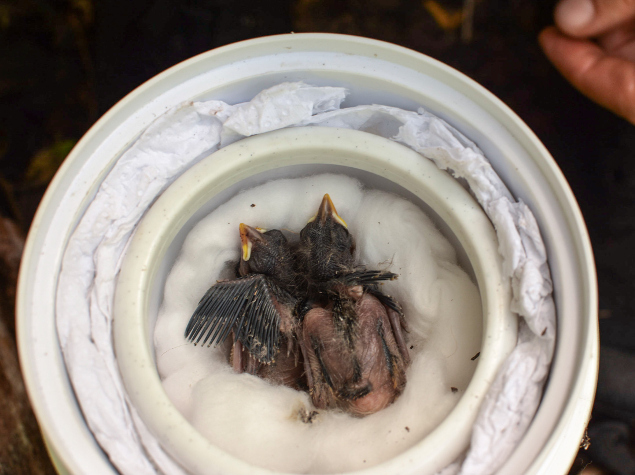 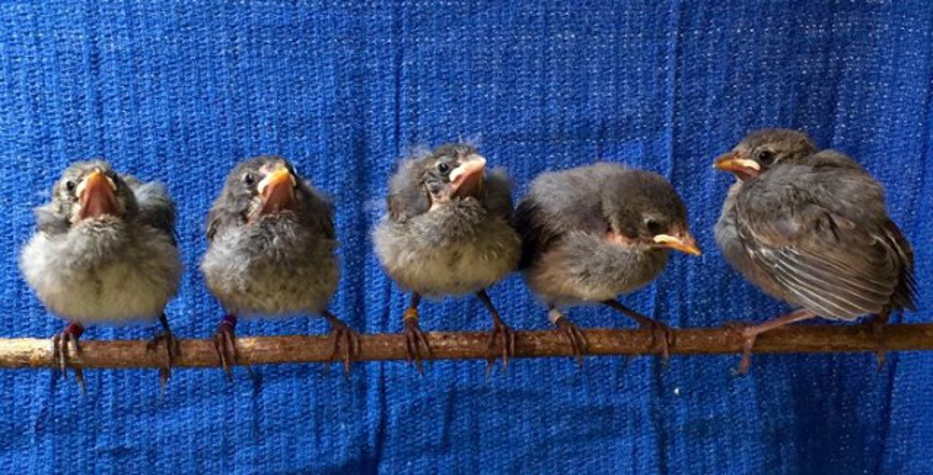 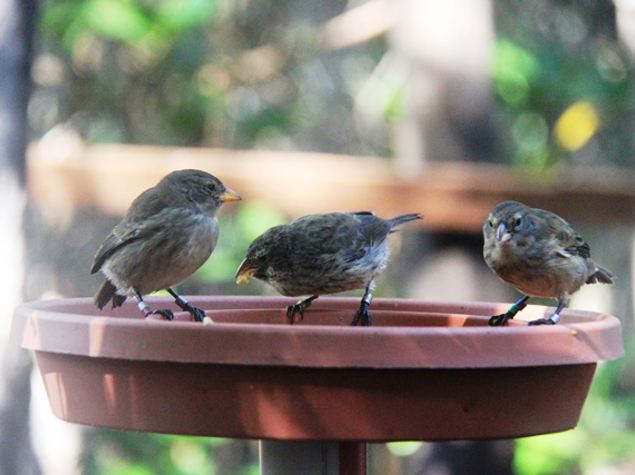 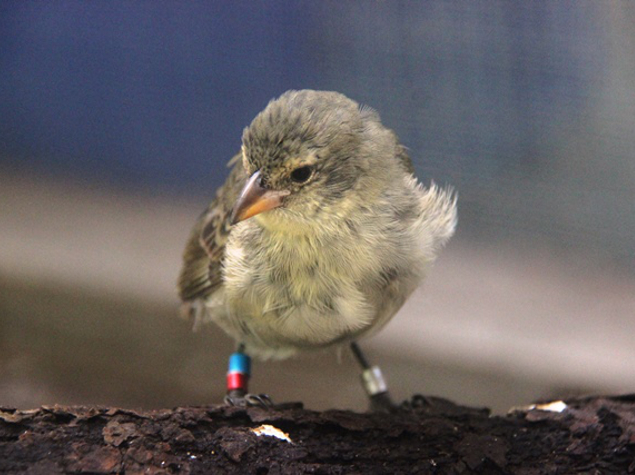 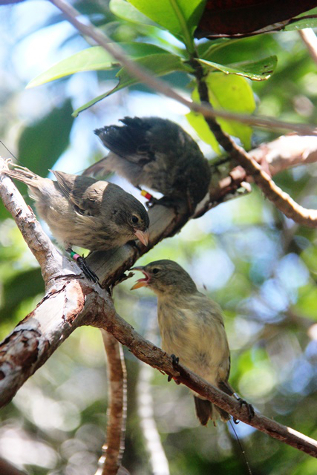 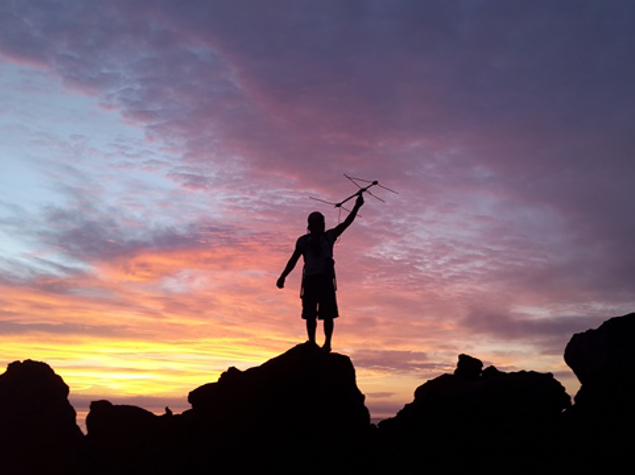 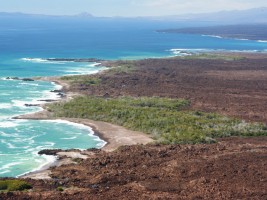 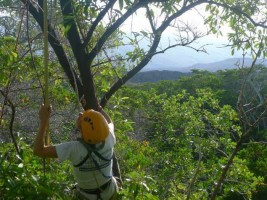 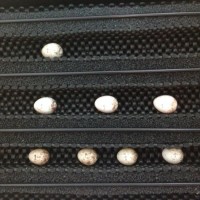 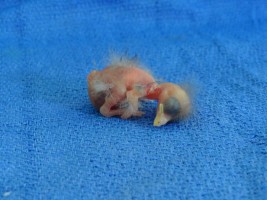 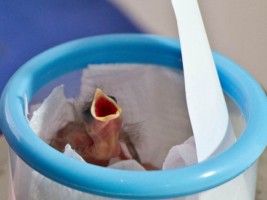 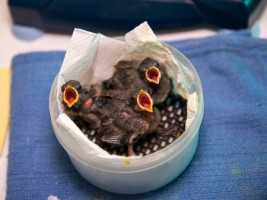 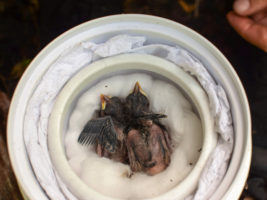 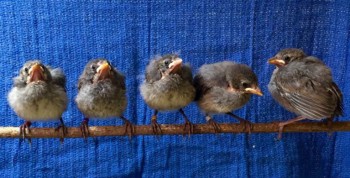 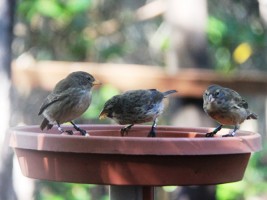 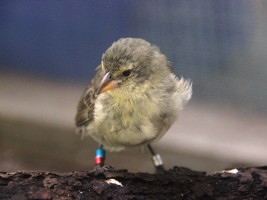 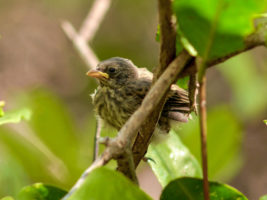 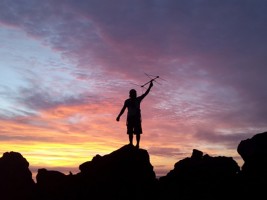