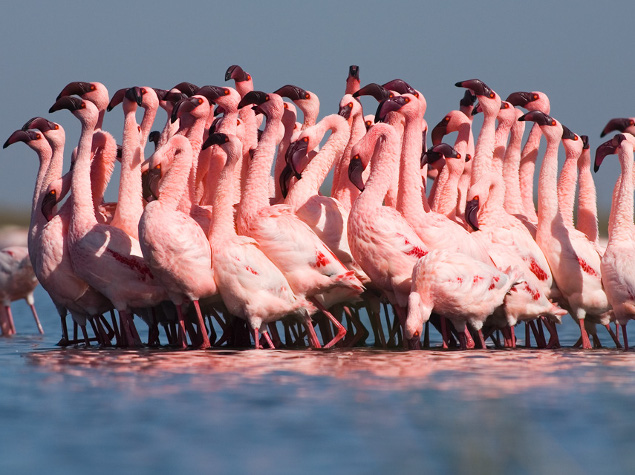 Diawling National Park covers 16 000 hectares, with a peripheral area of 56 000 hectares. Designated as a wetland site of international importance, the Park has 300 species of birds, including 130 migratory species, and is also the only nesting site of the lesser flamingo in West Africa.

The reserve was created in 1991 as a compensatory measure for the construction of several dams on the Senegal River that led to substantial changes in the water regime. The resulting decline in natural resources had a devastating impact on the local economy, which consists mainly of fishing, trading, livestock rearing, food gathering, crafts, market gardening and tourism and accounts for an estimated 80% of the local population’s income. The growth of human and livestock populations and the harmful impact of invasive plants on economically or ecologically important species are increasing pressure on natural resources.

However, after 20 years of restoration efforts, thanks to the construction of hydraulic structures and dikes to manage and release brackish water into the former floodplains, the Park has successfully rehabilitated its ecosystems and once again become an important biodiversity site. Ecological restoration initiatives have enabled bird habitats to be restored, and ecological monitoring has shown an exponential increase in the number of bird species found in the Park.

The new 2013-2017 management plan, drawn up with local community involvement, includes a 6000 hectare extension to the Park.

The GRET project, the main objective of which is to strengthen the Diawling Park’s biodiversity conservation initiatives in the Mauritanian lower delta and to reinforce its role as a driver of local sustainable development, is part of this new management plan. The project concerns three of the six planned action programs, which are to be set as intermediate objectives.

These intermediate objectives are:

Finally, the role of women will be emphasized in this project. While most of the women are engaged in craft activities, they have little influence as yet on decision-making.

Though the project was implemented in an unstable national context, overall the results are positive, with three quarters of the objectives achieved. This has enabled a community development dynamic to be created in a poor area long excluded from government intervention. The main progress made involved the restoration and conservation of habitats, species and the overall biodiversity of the Diawling National Park (PND) and surrounding areas. Ecological zoning was set up: the new extended limits of the Park and its six Protected Natural Areas were approved by the PND’s management board. A Natural Resources Management Association, with 50 representatives from 25 villages, was established with the aim of developing a joint governance approach. Monthly ecological monitoring of biodiversity is now ensured, thanks to the creation of an observation system. The adverse effects of invasive species such as typha (bulrush) have been reduced following the clearing of over 260 ha, and biodiversity is already being restored. Plant species with ecological and economic value, such as sporobulus, were reintroduced on 28 ha and 20 women from four cooperatives trained in how to cultivate them. Finally, environmental education initiatives were launched in seven primary schools in villages adjacent to the Park.

Regarding the promotion of joint management and sustainable use of natural resources, a system was set up involving the establishment of four occupational unions: fishing, livestock rearing, crafts and market gardening. A microfinance fund was also established, targeting the most dynamic cooperatives. A jointly managed pilot Natural Area was identified through a participatory process, and a local management plan was developed. The formal establishment of governing bodies has continued. The joint governance process, previously unknown in Mauritania, has brought about lasting changes, enabling the local communities to become actors of change. However, the formal legal recognition process had not been finalized before project conclusion.

Finally, in terms of optimization of natural resources, the most promising initiative concerns the water lily: support was provided for a local marketing chain with nine cooperatives and 77 skilled women workers, and a kind of couscous made from water lily seeds is now commercially available in Nouakchott. The production of woven mats from sporobolus was also developed. In addition, technical trials aimed at finding a use for typha, particularly for fuel, were carried out but the results were inconclusive, mainly because of competition from charcoal. 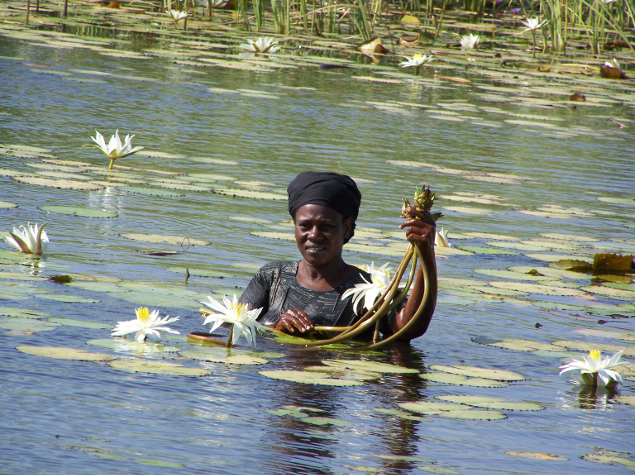 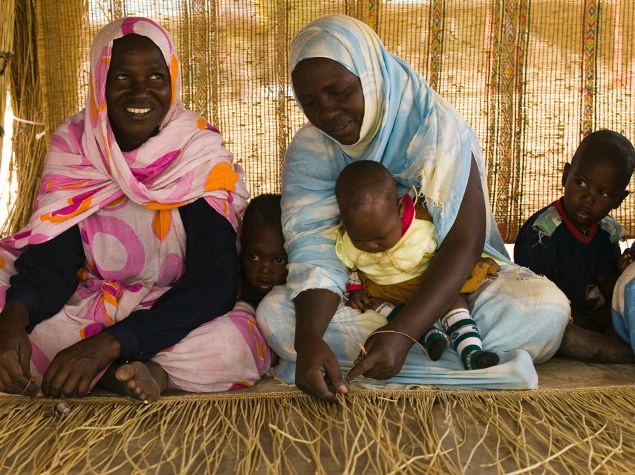 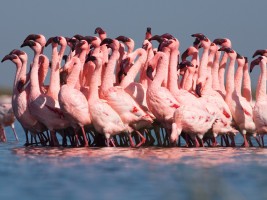 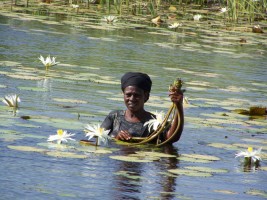 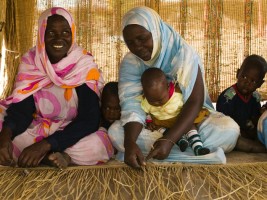 Beneficiaries
16,000 people who live in the Park and surrounding area