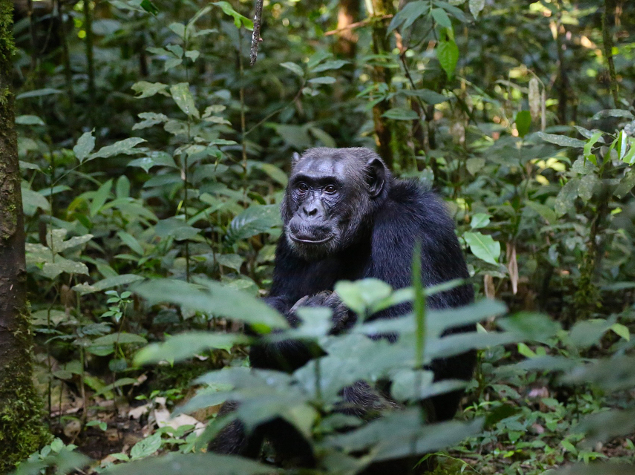 The goal of this project is to protect western lowland gorillas (Gorilla gorilla gorilla) and chimpanzees (Pan troglotydes), two species classified as critically endangered on the IUCN Red List and listed in CITES Appendix II. These gorillas and chimpanzees are directly threatened by commercial bushmeat hunting, poor forest and mineral resources management, and traditional slash-and-burn farming.

The project will be implemented in Kakamoeka District, Congo Department, Republic of the Congo. Conservation efforts will focus on Loaka and the surrounding area, an unprotected area extremely rich in biodiversity, located within a forest concession. It is an ecological corridor between Conkouati National Park and the Dimonika Biosphere Reserve.

This project, run by Endangered Species International Congo (ESI Congo), aims to strengthen the conservation of gorillas and chimpanzees through improved knowledge of the great apes, awareness-raising among the different stakeholders, development of alternatives to hunting, and improvement of local governance.

Knowledge of the great apes and their habitats will be improved through scientific monitoring and data collection in Kakamoeka. To this end, a study of the apes’ movement corridors will be undertaken. A survey of bushmeat sold in the Pointe-Noire markets will also be carried out. Initiatives to raise local awareness of great ape conservation issues will be carried out with the aim of reducing bushmeat consumption, particularly in forestry and mining company camps/compounds. Environmental education activities will be conducted in schools within the project area. The socioeconomic impact of conservation in Kakamoeka will be enhanced through support for plantain producers, generating economic alternatives to hunting. The institutional legitimacy of ESI Congo will be strengthened and the governance of Kakamoeka District improved.

Over the funding period, a study on the migration corridors has been done. It shows a stability of the population of the two species, the presence of elephants as well as a rise in the anthropic pressure on the zone.

193 studies addressing bushmeat have been done the Pointe Noire markets. Employees as well as children have been sensitized to biodiversity. 50 households have been trained to bananas plants production.

Finally, a meeting with legal representatives have been held to discuss on the NGO activities.

Chimp caught by a camera trap 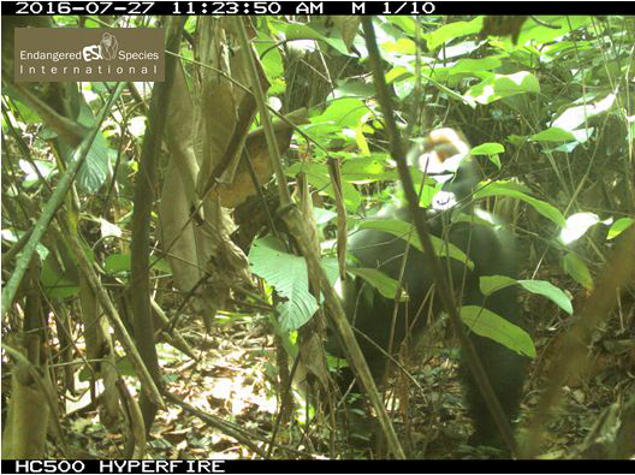 Gorilla caught by a camera trap 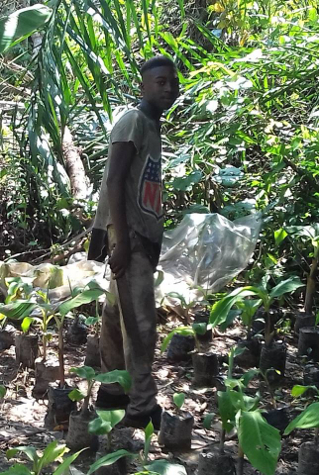 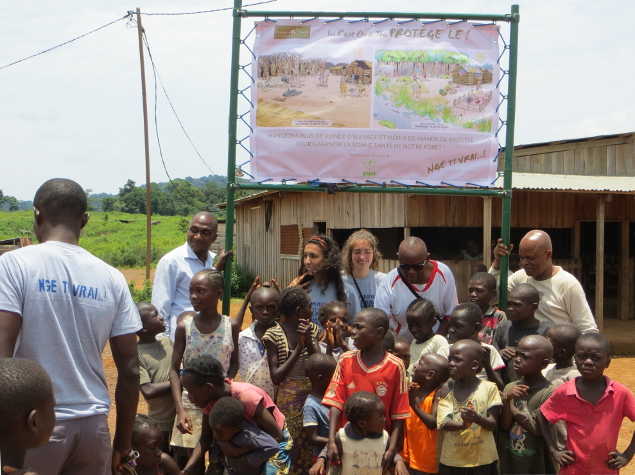 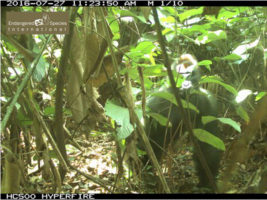 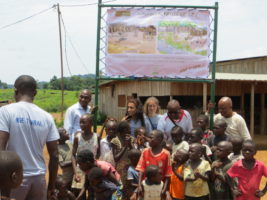 Country
Republic of the Congo