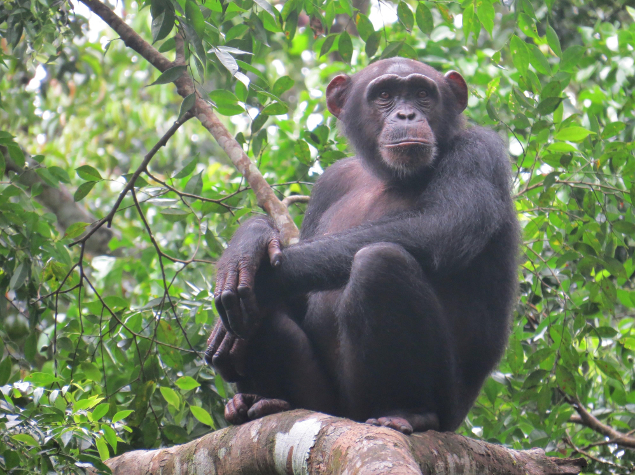 The Taï National Park, which extends over 5 400 km2, contains the largest remaining area of tropical forest that once covered the whole of West Africa. It has a high percentage of endemic species, both plant and animal. The forest is classified as a UNESCO Biosphere Reserve and World Heritage Site.

The Western Chimpanzee (Pan troglodytes verus) is a primate whose behavioral characteristics are of particular interest: it uses 26 different tools for feeding (among others, for cracking nuts), hunts in organized groups and teaches its young. But it is also the most endangered chimpanzee subspecies in the world. Classified as ‘critically endangered’, its numbers continue to decline dramatically due to deforestation and hunting. One study found a 90% decrease in the chimpanzee population over a period of 17 years. The Taï National Park, with around 650 individuals, contains one of the largest chimpanzee populations in West Africa.

A long-term partnership between WCF (Wild Chimpanzee Foundation) and the Ivorian Parks and Reserves Authority has shown that a permanent presence in certain areas of the Park, via research and ecotourism initiatives, plays a vital role in protecting chimpanzee populations.
The goal of this project is to support Western Chimpanzee conservation efforts through anti-poaching measures comprising an ecotourism initiative and local community involvement. To this end, a new community of chimpanzees will be identified and followed so that they become habituated to human presence. Sustainable income opportunities from ecotourism will be created for local communities living near the park. Women’s access to employment as ecoguides will be supported, with a policy of recruiting mixed-sex teams. Young people will also be recruited in order to extend and improve existing forest paths, while respecting biodiversity.

This project will focus on the area between Guiglo and Taï, where the situation is particularly difficult for the local population due to poverty and to their ‘enclaved’ position between the Park and the Liberian border.

During the period supported, a group of chimpanzees has been identified and followed to start getting them accustomed to humans (a full accustoming process can take up to 5 years). This activity has been slowed down due to a team reshuffle. Besides this, there wasn’t enough guides to follow the chimpanzees, still fierce, and the other primates already accustomed while welcoming tourists. A gender diverse team of 16 people currently works on the Taï site and 14 to 20 persons (according to the number of visitors) at Gouleako (a village situated 2 km from the parc). Equipment has been bought to allow the project team being independent regarding the maintenance of the paths and the pruning around the camp. Additional purchases have been done to improve the comfort of the tourists. 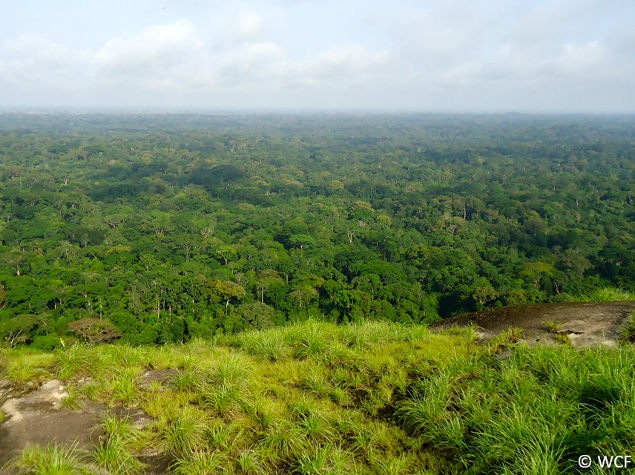 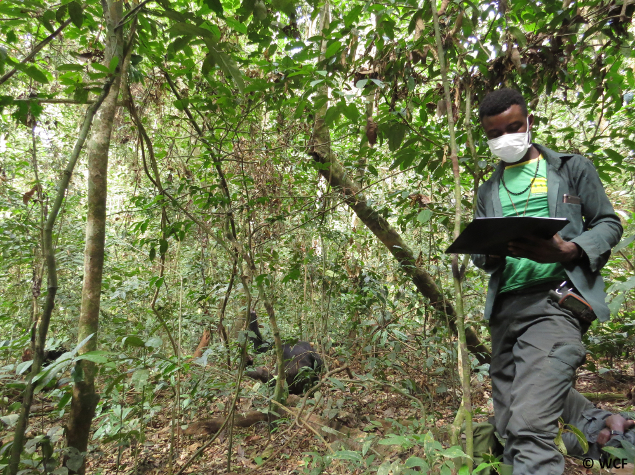 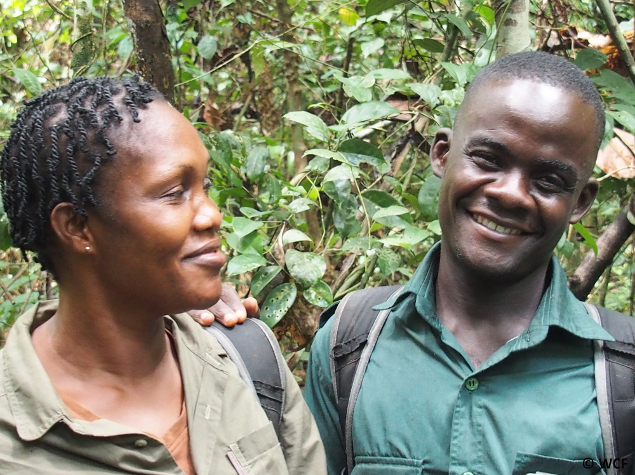 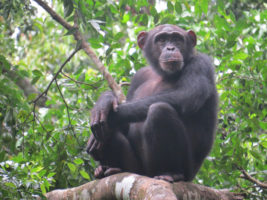 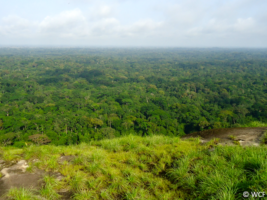 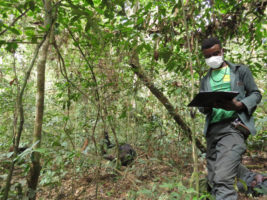 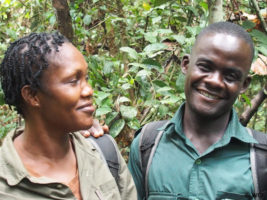