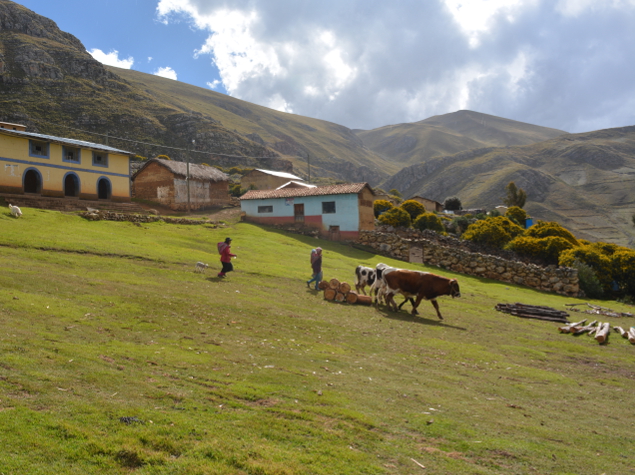 Peru has a population of 31.2 million people, 21% of whom live in rural areas. Despite continuous economic growth over the last 15 years, wealth continues to be distributed unequally in these areas. Around 20.7% of the population is affected by poverty, rising to over 45% in rural areas in the Andes. In socioeconomic terms, however, family farming remains important, involving 5.4 million people − a quarter of the country’s working population − and producing 80% of the food consumed in urban areas.

The mountainous rural areas of Ancash and Huancavelica are also affected by a range of other issues: food insecurity, climate change (increasingly irregular seasonal cycles, interspersed with extreme climatic events such as torrential rain and prolonged drought), unequal access to land, inefficient water management, poor farming practices (irrational use of chemical inputs, erosion, overexploitation and contamination of resources), dependence on markets, market volatility, public policy and investments that are not geared towards family farming.

Women are even more vulnerable to inequalities: unequal distribution of work, lack of access to production factors (land, water, seeds, technology, technical training, loans), illiteracy, lack of social and political participation. Finally, the existing prevention services have little or no relevance to their needs and interests when it comes to access to health care.

This project, implemented by Eclosio, aims to build capacity among farming families so that they can exercise their rights and make a proper living from agriculture. This will be achieved by means of land and resources management that is sustainable and based on shared responsibility through the development of economic activities, such as ecological farming, that are compatible with a gender and intercultural approach.

Land and natural resource management initiatives will be planned, and local stakeholders’ capacity will be strengthened in these areas. Community development plans will be drawn up.

Internships will be offered, and research and case studies conducted. The resulting experiences and learning will be built upon and disseminated to the public via an information sharing approach.

The project partners will be supported in their awareness raising and advocacy initiatives through workshops, talks, radio programs and social networks.

Finally, the project will contribute to gender equality and women’s empowerment. Support will be given to women’s sustainable farming initiatives and innovations. Their participation in various associations and in local markets will be strengthened. Lastly, in coordination with the Peruvian Ministry of Education and local health centers, teachers will be trained and culturally appropriate teaching tools developed for the Comprehensive Sex Education (CSE) course to be included in the basic education curriculum.

Despite the pandemic, the project has generally progressed according to plan, and has achieved and surpassed many of its expected results, both in terms of concrete field activities and local and national policy advocacy. Field activities in the prioritized rural territories are those that have been most affected by the crisis due to restrictions on movement and gatherings (except for agricultural activities which have been able to continue normally). Territorial management tools were developed and used at community level in a participatory manner in two communes (instead of the three initially planned). 54 people were trained in territorial management and 13 local development initiatives were presented to the municipalities within the framework of the Communal Territorial Management Plans, 10 of which have been implemented or are in the process of being implemented at the end of the project thanks to municipal or national public funding.

Initiatives in sustainable agriculture, land management and natural resources have also been implemented in 3 communes. 1,050 producers applied at least 10 agroecological practices at the end of the project and 2 producers’ associations were strengthened during the project: APEA (29 producers including 13 women) and COAPAP (17 producers including 5 women). 4 groups of beneficiaries have developed new concrete actions in agroecology on 425 ha (association of forage species; organic breeding of guinea pigs; implementation of school gardens in 8 schools with 400 students and support of a group of 110 producers in agroecology). 3 groups of beneficiaries have also developed new concrete actions in sustainable management of natural resources on 145 hectares thanks to technical irrigation systems and 4 other groups have developed rural entrepreneurship initiatives with 2 organic markets in Aija and Huaraz (14 people), the creation of nurseries of fruit species (21,890 plants) by 121 families of Pamparomás and the organic breeding of trout and laying hens (5 families). The project has also contributed to gender equality and the empowerment of women and girls with 7 initiatives implemented by 45 women (improvement of organic vegetable gardens, guinea pig breeding, “horticuy”, improved stoves, an organic market in town, weaving and local marketing of vegetables). 59 women members of the associations also participate in local markets on a regular basis (at least twice a month) and the number of women leaders exercising responsibilities within the peasant communities has increased by 24%, from 33 to 41 at the end of the project.

The project’s innovations and learnings have been disseminated to a wide audience during 20 exchange and dissemination events of project experiences (meetings, trainings, online courses, etc.) and thanks to 33 published case studies and research works (land management, agroecology, gender, capitalization, etc.). The partners’ capacities have also been strengthened in terms of awareness and advocacy actions with 18 position papers, concept notes or public policy proposals published by the partners since the project started in 2017. 14 campaigns were also organized against GMOs and pesticides, for family farming and agroecology (with conferences by Marc Dufumier and Miguel Altieri in particular) and 38 press articles were published, contributing to notable successes such as the approval of the National Plan for Organic Agriculture, the integration of agroecology in a department of the Ministry of Agriculture or the moratorium on GMOs. 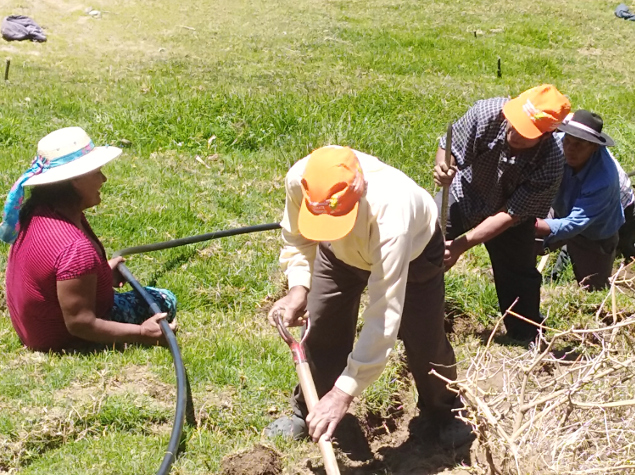 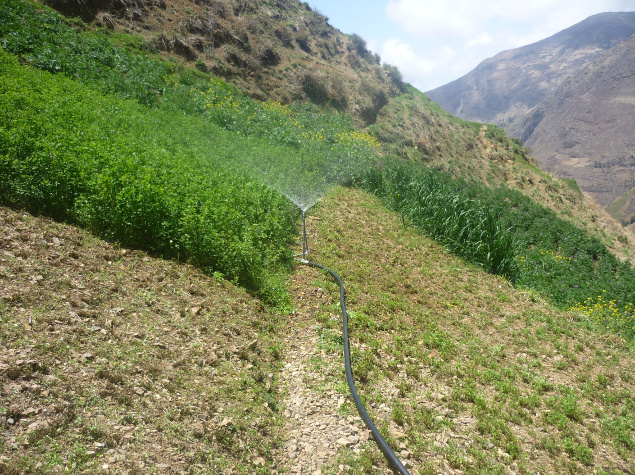 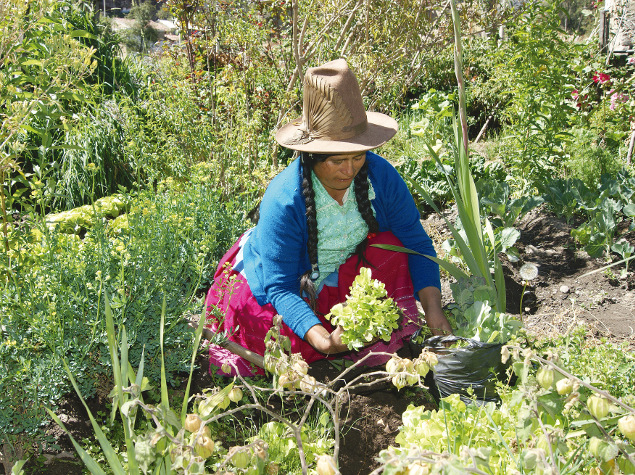 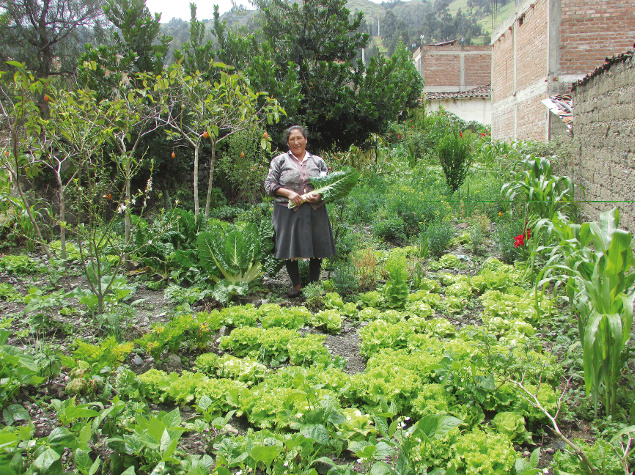 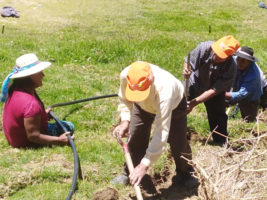 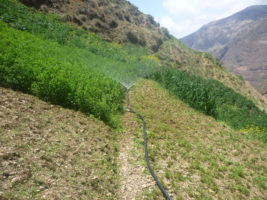 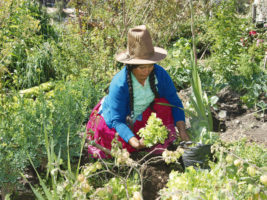 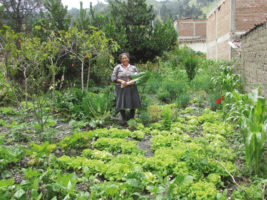