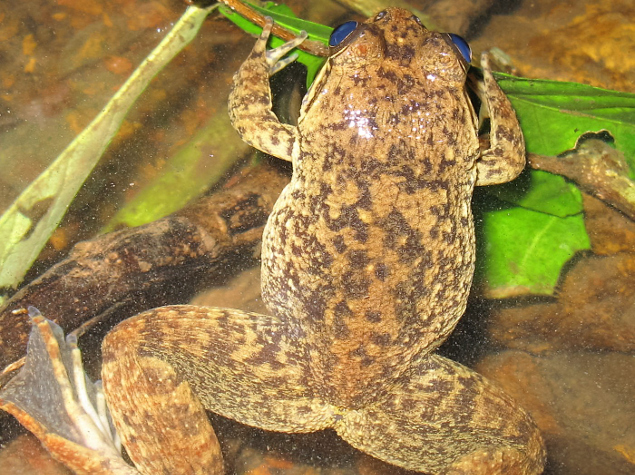 The Togo slippery frog (Conraua derooi) is a rare species that lives in one single site of less than 10 square kilometres and the extent of its forest habitat is declining. It is ranked among the top 100 most genetically distinct and globally endangered amphibians in the world. Recent population estimates reveal a steady decline from 335 in 2013 to less than 226 individuals in a 2016 estimate.

Habitat degradation and hunting are driving declines in the frog’s population. Habitat degradation is caused by the uncontrolled extraction of water from the village stream (which is the only habitat of the last remaining population of the species) leading to reduced quantity and quality of stream water needed for successful tadpole development. In some instance tadpoles are accidentally removed and/or killed from the stream during water extraction. Hunting on the other hand is done by small school children mostly as an after-school activity.

The objective of this project is to save the last remaining population of the critically endangered Togo slippery frog from extinction. Two objectives will be targeted:

Following a concertation with villagers and engineers, the water collection and reservoirs system has been replaced by a mechanized pump. The planned reservoirs would not stock enough water over the dry season (4 months). An ecotourism project has been set up simultaneously to pay for the maintenance of the water system and has already received 3,000 people in one year.

The NGO also intervened in two schools and during a meeting with 500 pupils. Finally, some students were able to discover a nearby protected area and learn how to use a GPS and camera traps. 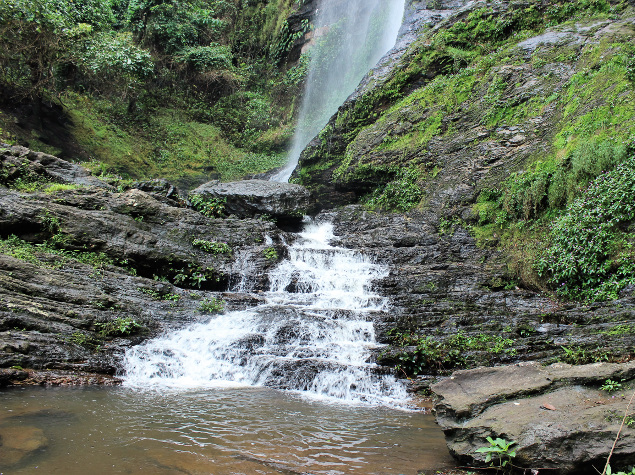 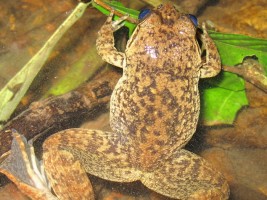 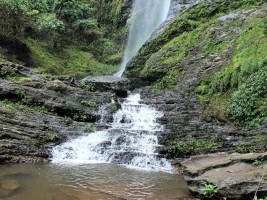