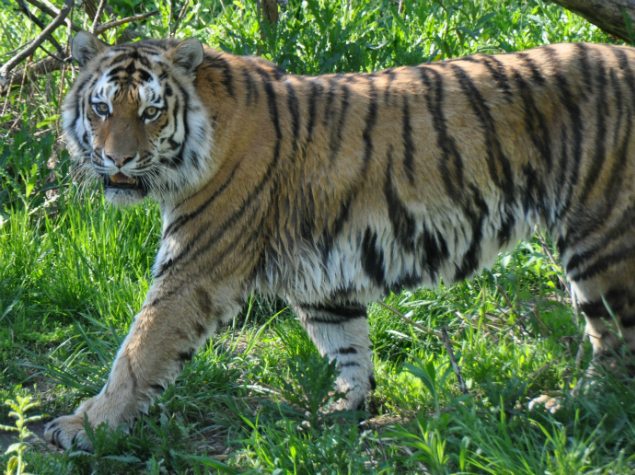 The Veun Sai–Siem Pang forest covers 55 000 hectares bordering the Virachey National Park in north-eastern Cambodia. With two adjacent Parks in Laos and Vietnam, it is the largest unbroken expanse of intact forest in Asia, and the best chance for maintaining the iconic wildlife populations of Southeast Asia.

The area is inhabited by 4000 members of ethnic minority communities in five villages (Kapin, Talae, Backae, I Tub and Kang Nuok), who still live mainly from gathering forest products and hunting to supply the Chinese market for meat and medicinal products. The challenge is, therefore, to enable this population to shift from hunting and gathering to farming and animal husbandry so as to protect the forest and its exceptional wildlife while at the same time upholding the population’s historical rights over the forest.

The majority of the forest’s tree species are also being exploited and illegally exported, mainly for the furniture industry. The main targets are three precious wood species, including Siamese rosewood (Dalbergia cochinchinensis). The extraction of certain resins is also widespread.

One specific project component aims to encourage the development of a number of forest resources: these include medicinal plants, to be grown for food and, potentially, for revenue, and Gurjum balsam, which will be cultivated sustainably and marketed more effectively.

In the context of this partnership, Fondation Ensemble is funding the environmental and governance components of the project.

The project was terminated in July 2015 due to the interruption of funding by some donors, because of security threats on the ground for the team. Despite the premature cessation of the activities, the program yielded significant results in the four main objective areas.

Check out our article “NGO Poh Kao receives an award for its work in Cambodia”. 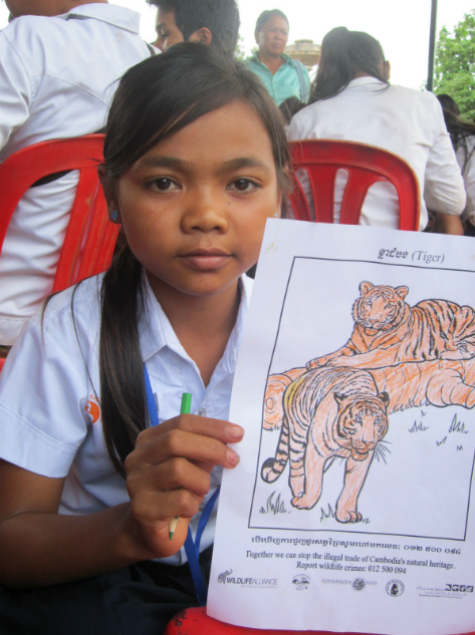 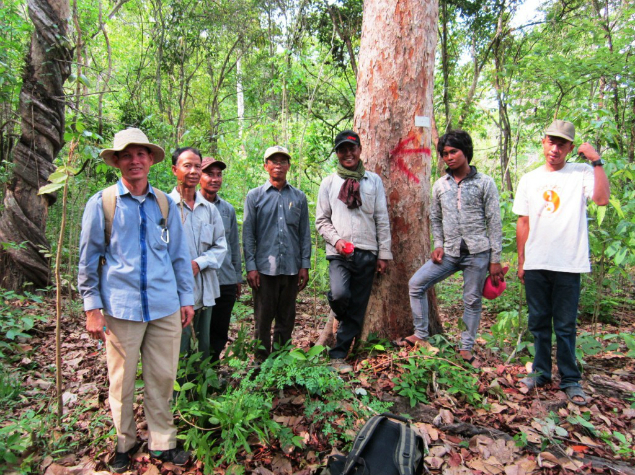 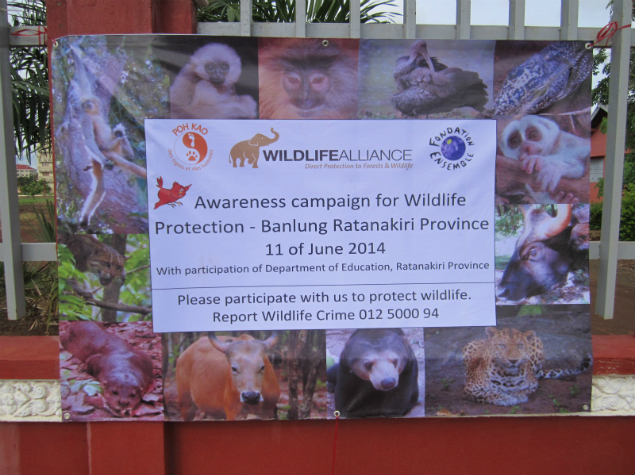 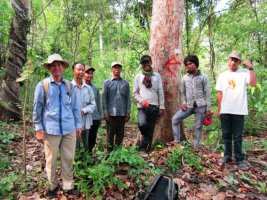 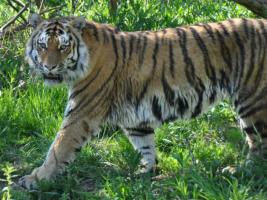 Beneficiaries
- Primates: the northern yellow-cheeked gibbon, the douc (silver langur), the pig-tailed macaque, the long-tailed macaque and the pygmy slow loris.
- Threatened large carnivores: the dhole (Asiatic wild dog), the sun bear, the Asiatic black bear, the leopard, the clouded leopard, the marbled cat, the fishing cat, the Asiatic golden cat and the Indochinese tiger.
- Birds: the white-winged duck, the giant ibis and the white-shouldered ibis.