Avoiding extinction of angel sharks in the Adriatic Sea 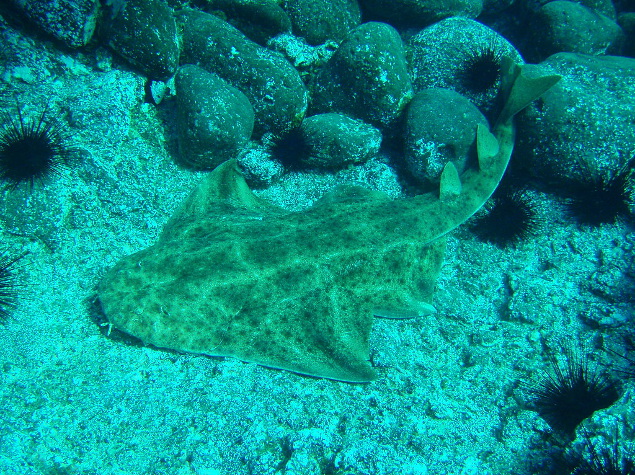 Angelsharks are a critically endangered benthic species in the Mediterranean Sea, with decreasing population trends on a global scale. At the beginning of the past century, common angelsharks (Squatina squatina) were probably widespread across the eastern Adriatic, but a dramatic decrease of population happened in the last 50 years caused by overfishing, unselective fisheries, pollution and other factors. Recent studies recognize the total collapse of populations but prove that the species is still present in certain areas of the Adriatic Sea.

Unlike the once abundant common angelshark, Smoothback angelshark (Squatina oculata), was sporadically found, mostly in the middle Adriatic and today it is thought to be extinct on Croatia’s shores, and probably within the rest of the Adriatic Sea. A recent detailed report suggests one species is still present in the eastern Adriatic (Squatina squatina), one possible regional extinct regionally (Squatina oculata) and another possible first records of a third species within the genus Squatina (Squatina aculeata).

The aim of this project, implemented by Sharklab ADRIA and its partners, is to assess the current status of critically endangered angelsharks within the eastern Adriatic Sea in order to predict the future status of populations and propose further regional conservation measures. Database with trusted records will be established, along with the assessment of the negative impact of pollution (such as microplastics and war waste), accompanied with education and awareness raising activities.

In order to achieve the proposed goals and objectives, this project will be comprised of field research and stakeholder meetings, followed by laboratory analysis of by-catch (if samples are obtained) and publication of results. Field studies will include detailed analysis of small-scale fisheries and fish markets across the eastern Adriatic, then technical diving and the use of Remotely Operated Vehicle at chosen localities. If possible, the team will manage to obtain already dead by-catch specimens and perform pathological studies. Workshops/lectures will be organized in key groups (stakeholders, students) and wider public masses, followed by communication via medias. Through gathered results, Sharklab ADRIA and its partners will publish original scientific papers and propose species-specific unique conservation measures in the region, ensuring full legal protection of angel sharks in the Adriatic Sea.

This project is partly funded thanks to the sponsorship of generous donors. If you also wish to support initiatives towards threatened animal species conservation, click here. 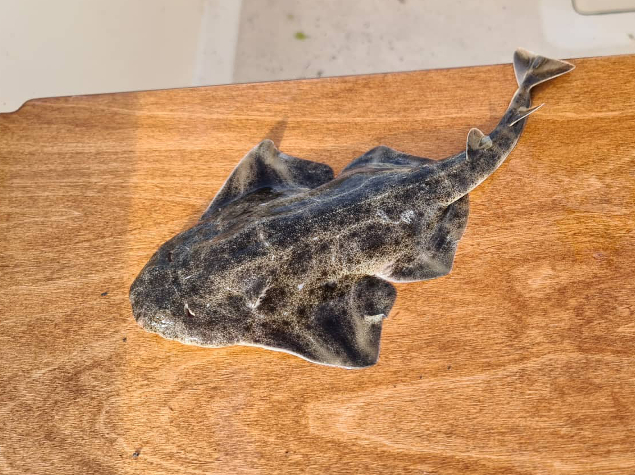 Neonatal (less than 30 cm TL) caught in the channel between Rivanj and Mulin, at the dept of 15 m and reported by local fisherman. Photo © Sharklab ADRIA 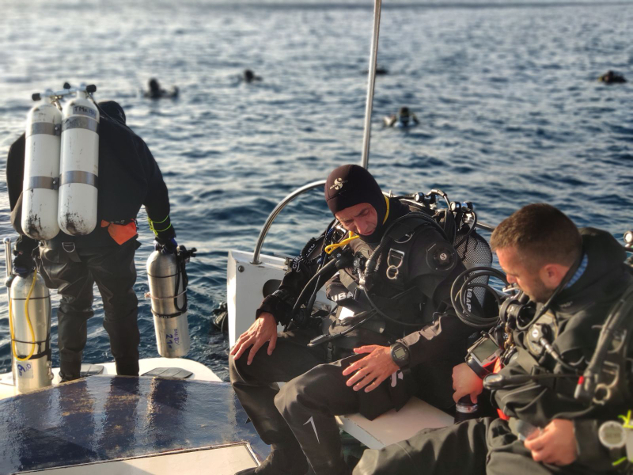 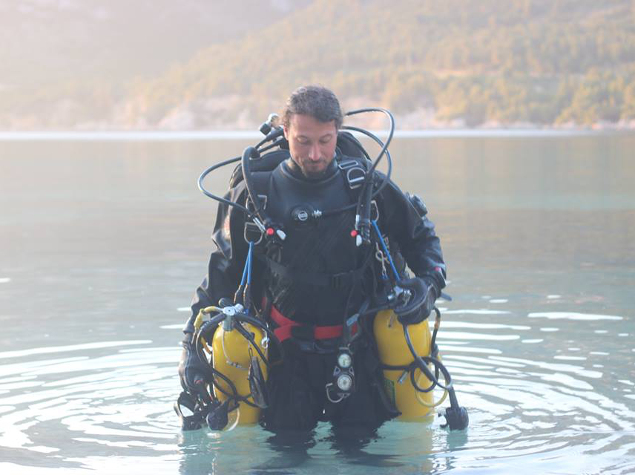 Andrej Gajić during the research technical diving in the shelves of the Pešeljac Penninsula (Croatia). Photo © Sharklab ADRIA. 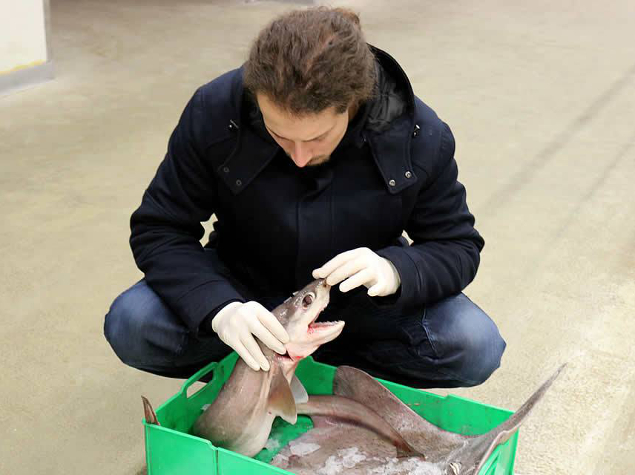 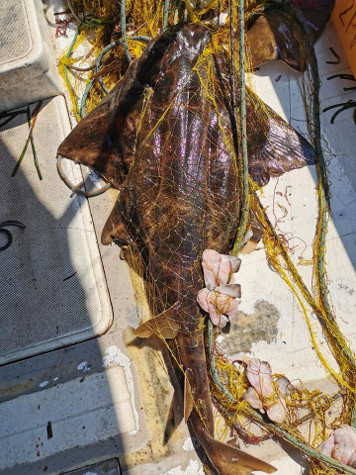 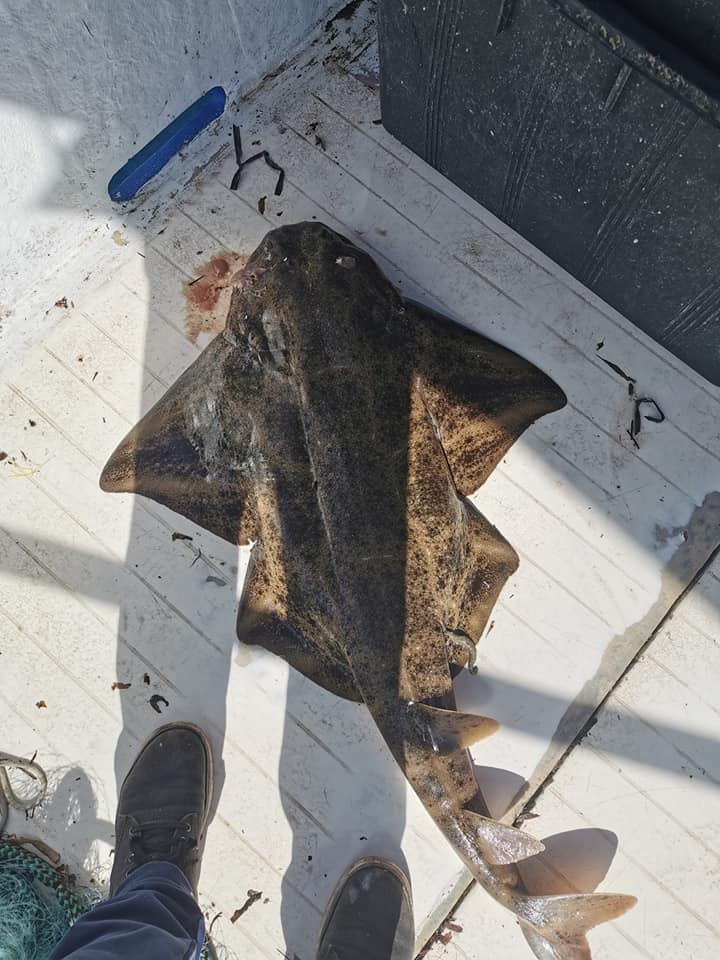 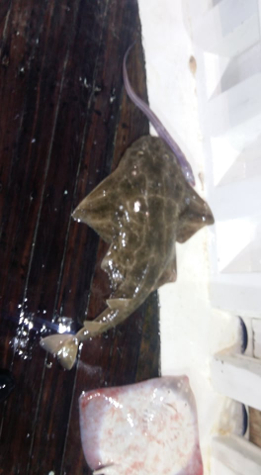 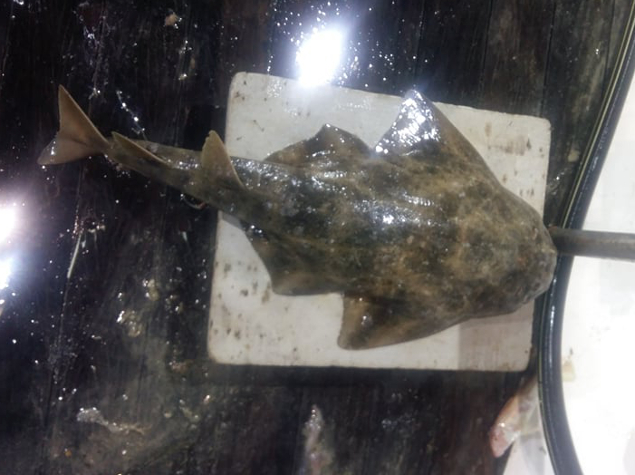 Subadult female caugth 2 NM off the Prišnjak island at depth of 70 m by partenrship trawler boat, during the expeditions in Murtersko more (Croatia). Photo © Sharklab ADRIA. 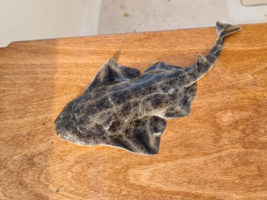 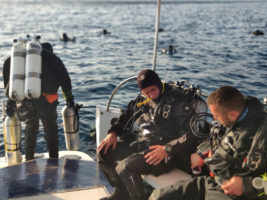 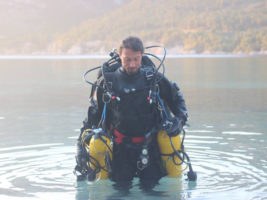 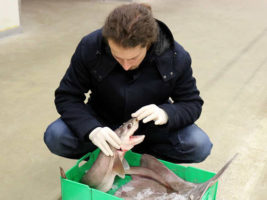 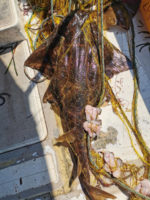 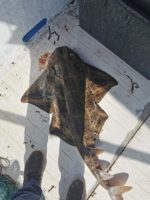 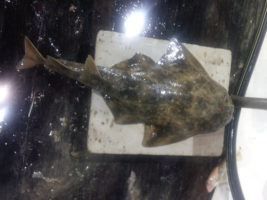