Interview with Dr Hans Rudolf Herren: ‘What is new about the SDG’s* is that they encourage us to move away from a silo mentality.’ 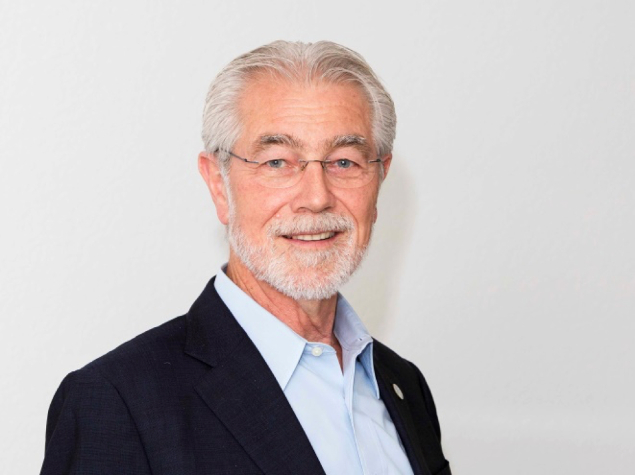 On 9 December 2015, at the UN Climate Change Conference (COP 21), Dr Hans Rudolf Herren gave a talk on ‘Climate and Food’, jointly organized by Fondation Ensemble. We wanted to take the discussion further. Dr Herren is one of the world’s leading experts on biological pest control and has been awarded many prestigious international prizes, including the 1995 World Food Prize and the 2013 Right Livelihood Award, better known as the ‘Alternative Nobel Prize’. Founder of the Biovision Foundation in 1998, Dr Herren shares with us his vision: that of a world with enough healthy food for all, produced by healthy people in a healthy environment. A necessary voice against the backdrop of the 2030 Agenda for Sustainable Development …

As a pioneer of pest control in the 1980s, you successfully fought the mealybug to save cassava crops, cassava being a staple food for millions of Africans. An unprecedented experiment …

In twelve years, we succeeded in solving a problem that was affecting the whole continent, thanks to the introduction of a parasitic wasp. An independent study demonstrated that we saved the lives of 20 million beneficiaries. Today, cassava continues to be grown by thousands of farmers and feeds more than 200 million people. This success proves that when production is in synergy with nature we can do without chemicals and achieve lasting results.

Clearly, by getting rid of pesticides for cassava, we destroyed a whole market – from Dakar to Maputo. We were going against vested interests and came under a great deal of pressure. This pressure continued to a large extent after my departure in 1974. Five years was enough to eclipse over 20 years of local expertise. Nowadays, it is a reductionist view that predominates, where excessive monoculture goes hand in hand with the desire for short-term profit. Just observe what some parts of Africa and other continents look like, with GM crops stretching as far as the eye can see! Pesticides and herbicides are flourishing, despite the disastrous effects they have consistently been proved to have. The yields achieved are not what was expected. Small farmers in Burkina Faso, who also lost ownership of their seeds, have paid a heavy price and want no more of this. It’s symptomatic of a need for change. The future lies in diversity. All our research bears this out, including Biovision studies currently underway in Kenya, Tanzania and Ethiopia: varieties of maize selected by the elders and planted in healthy soil not only produce as much as hybrids but also have the benefit of natural defenses against most insects and diseases.

Can agroecology feed all of humanity?

In Africa, some studies show that agroecology could double or even triple agricultural production over two years. But to do this, we urgently need to radically rethink our systems of organization. When are we going to stop producing twice as much as we need in industrialized countries? We have reached 4600 calories per person per day! The waste is appalling throughout the production chain and distribution channels, right down to final consumption. In the South, it is before the food reaches the consumer that problems are more likely to occur. But in all cases, we need to produce better and more fairly.

Does the whole system need to be overhauled?

Conventional farming systems amass considerable sums of money (notably via the World Bank, the International Monetary Fund and a number of private foundations with deep pockets), even though they are not working and exclude millions of people. Conversely, how can significant long-term change be introduced in a country where only 5% of the overall amount spent on agriculture goes to agroecology? Even when our projects prove their worth in the field. All of that needs to be changed. Biovision and the Millennium Institute are currently working in Ethiopia, Senegal and Kenya as part of the Changing Course in Global Agriculture project. We hope to strengthen sustainable agriculture at the national, regional and global levels and to promote effective long-term planning. I am convinced that in order to achieve significant long-lasting change, the way forward is to have a direct impact on national policies.

While keeping our sights set on Agenda 2030, adopted by the UN last September?

The indicators present a grim picture. It is vital that political decision-makers, consumers, the private sector and NGOs be made to understand that our fate is hanging in the balance. Current levels of CO2 in the atmosphere mean that we’re already heading for global warming of 4 to 5 degrees. Stopping the existing system is no longer enough. We must develop large-scale solutions for carbon storage underground. Agroecology and farming based on the principles of soil regeneration are part of this. What is new about the 17 SDGs is that they are interconnected, encouraging us to move away from a silo mentality. At the Millennium Institute in Washington, we are working in that direction. We are developing analytical tools, such as the T21 ISDG simulation model, that enable all the social, economic and environmental variables to interact in a given operational context. For example, if a particular business sector gets subsidized, it will be possible to visualize the impact of this on consumption, production, health, education, production of CO2, climate … And vice versa. Everything is connected, which will facilitate adjustments, synergies and even corrective action in the case of certain negative effects …

Do we have the means to match our ambitions?

Yes, if governments set aside their current budgets and only retain what is useful for achieving our common goals. If they stop scaling up expenditure. If they prioritize their investments. Biovision recently launched a study in a number of African countries that will enable us, by the end of the year, to understand where the money comes from for agricultural research and extension, and where it goes. That will help us fine-tune our ecological proposals to their level as well as globally. I’m certain this is the only way we can go forward in the right direction. We have five years ahead of us to make significant changes to the economy and the environment and to reshape our governments, our industry and our agriculture. In fifteen years, it will be too late.

So civil society needs to be mobilized and habits changed …

Price is a key factor in people’s behavior. We urgently need to get people to react, to give them all the information they need. We need to explain to them the true worth of what they’re buying, to include the associated social and environmental costs (costs that they themselves bear via public spending) and the services provided by nature (which do not currently have a price tag). And that is precisely the objective of our ‘Clever’ project. Little by little, people are realizing that healthy consumer behavior is ultimately less expensive. Our goal is achieved when they become aware that all our actions are interconnected. That, in fact, when I help myself, I’m helping other people and future generations.

To find out more: