Unraveling the ecology of the Endangered giant Cabo Verde wall gecko (Tarentola gigas), an endemic specie of the Integral Nature Reserves of Raso and Branco islets 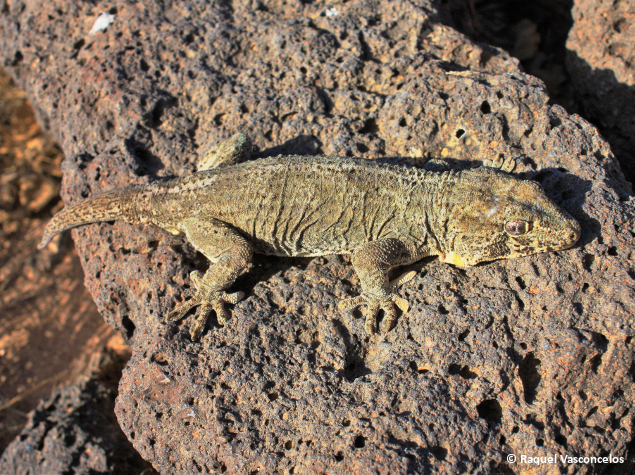 The islets of Raso and Branco from Cabo Verde archipelago are classified as Integral Nature Reserves and are now uninhabited. These areas hold important endemic species, but poorly studied due to the remoteness of the area and the harsh logistical conditions (lack of airport and harbor, no drinking water sources and no human permanent infrastructures).

The giant wall gecko is one of the largest in the world and occurs in each one of this islets. Little information is known about the population size (expected to fluctuate strongly), diet and behavior. It has been classified as endangered mainly due to its reduced redistribution.

Due to the scarcity of insects and other small prey in Raso Islet, the population shows strong trophic links with birds. Occasional observations show that it is common for geckos to eat regurgitated food from several seabird colonies but they also feed on egg remains or probably whole eggs of the Cape Verde shearwater and of Raso larks. It is vital to understand how important are these links so that future conservation actions can have an overall positive impact in the survival of these species. CIBIO’s team will focus this project mainly on Raso islet where at least five different colonies of birds are present and where the specie is easier to study.

To do so, various objectives have been set up:

These informations are essential to guide the management plans demanded by the Directorate National of Environment (DNA). It will enable BIOSFERA, an NGO based on São Vicente Island, to establish the most important areas and habitats for the species to better manage the access to the islets by fisherman, to get baseline estimates of population sizes for long-term monitoring. It will also provide critical data to assess the possibility of the reintroduction of T. gigas (e.g by confirming if the same preys are available in both areas) on Santa Luzia where the population was extinct due to human pressure and climate change to increase their chances of survival.

In the long run, these researches could allow the reintroduction of the species on the Santa Luzia island. 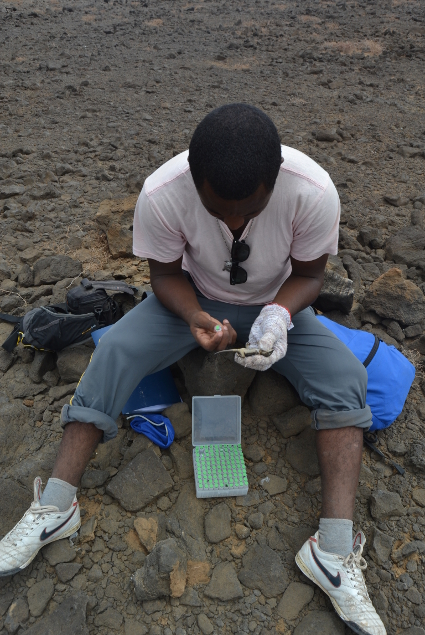 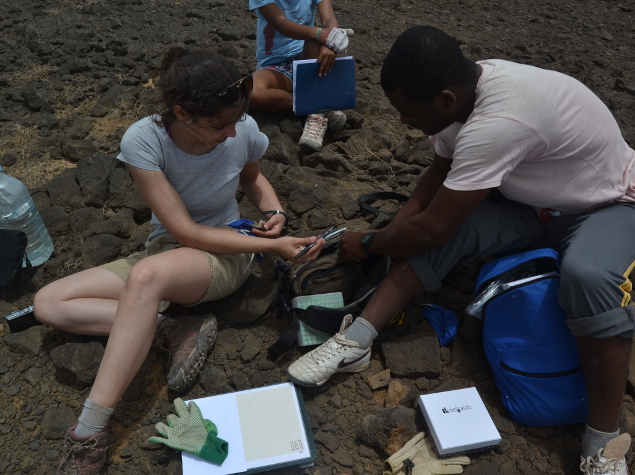 Training of BIOSFERA I’ staff by CIBIO members 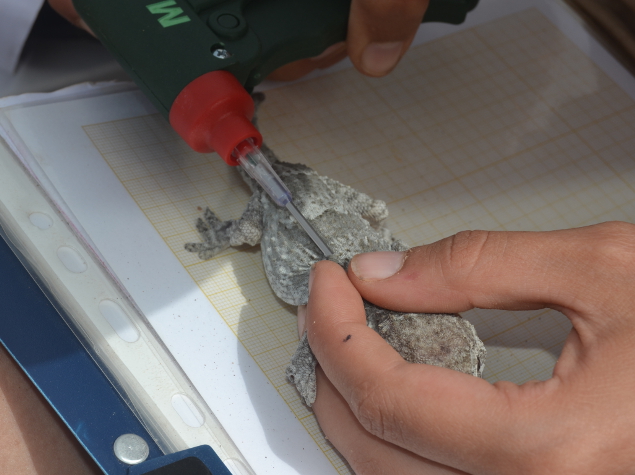 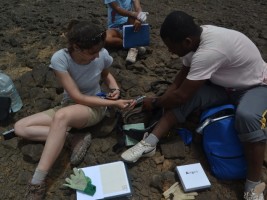 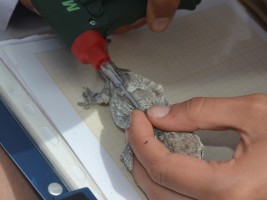