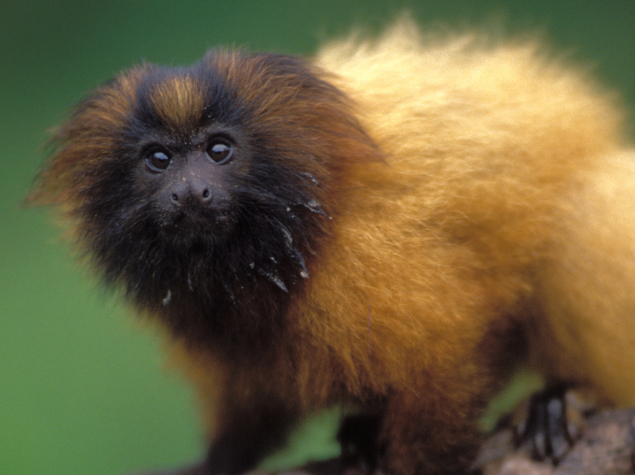 Black-faced Lion Tamarin (Leontopithecus caissara), with an estimated population size ranging from 400 to 900 individuals, is classified as critically endangered on the IUCN Red List. It is one of the rarest and most endangered primates world-wide. The species, endemic to a portion of the Brazilian Atlantic Forest, is found in lowland coastal habitats in the mainland and island of Superagui, located on the states of São Paulo and Paraná. It is likely that island and mainland nucleus of this primate are presently disconnected due to the construction of a waterway that artificially separated both areas. Finally, there is a lack of recent information on the present conservation status of this species as the last population survey was carried out in 2008.

The main goal of this project, implemented by SPVS (Sociedade de Pesquisa em Vida Selvagem e Educação Ambiental), is to improve our knowledge on the distribution and abundance of Leontopithecus caissara and the species environmental predictors, while establishing a long-term population monitoring program employing local people.

First of all, the area of occupancy of the species will be estimated and a map, including potential groups living outside the two protected areas, will be produced. Relevant information will be provided for the two parks Management Plans. Potential in situ and ex situ population management actions that may be recommended to minimize impacts of identified threats (e.g. yellow fever) will be supported. Also, two local communities’ members with previous experience in tracking this primate will be trained to carry on research on established transects.

At the same time, the NGO’s team will participate in the biannual meetings of the two Parks Councils to report the actions/outcomes of the project and promote it. Finally, an integrated action plan for the Black-faced Lion Tamarin based on the IUCN Protocol will be elaborated.

Over the funding period, 57 counting quadrants were set up on the coastal areas and 28 on Superagui island. This activity has been implemented with two members of the local communities. Only 2 groups were observed. 6 others were seen through direct observations during trips or thanks to reporting. Camera traps were also installed in various areas and a new progression area of the species has been discovered.

30 bioacoustic equipments were set up. Analysis are ongoing. The material is supplied by a university and a company provided a sound recognition software.

Meetings, about yellow fever and tamarins, were held. A protocol to adopt when a contaminated animal is encountered has been adopted. A two years action plan for the protection of the species has been established.

The aim now is to develop tracking using bioacoustic equipments. One or two tamarin groups will be captured to install radio collars. Meanwhile, the NGO is going to sensitize newly elected municipal leaders.

Video of black-faced lion tamarins taken on the coast of Sao Paulo state: 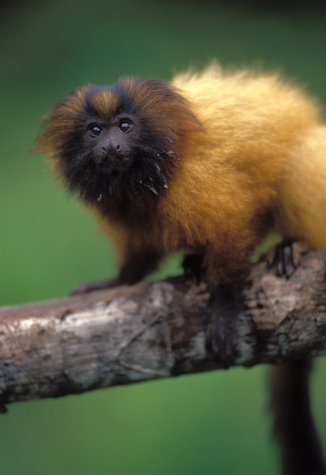 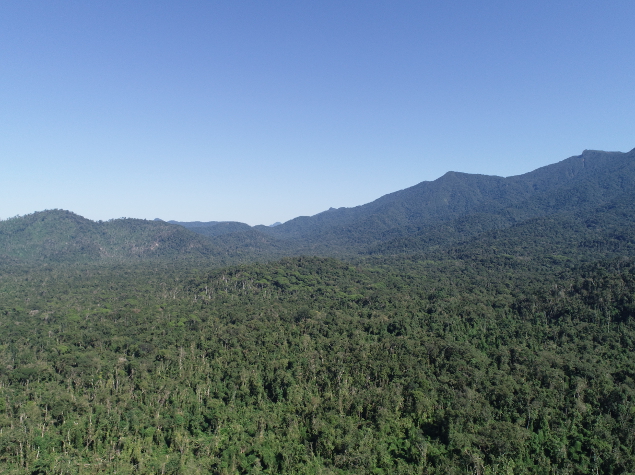 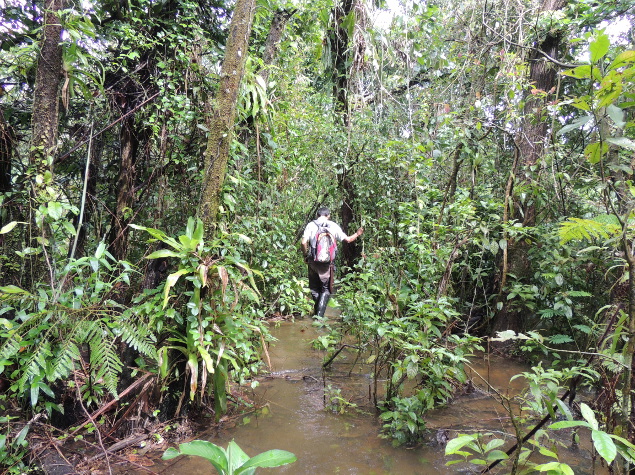 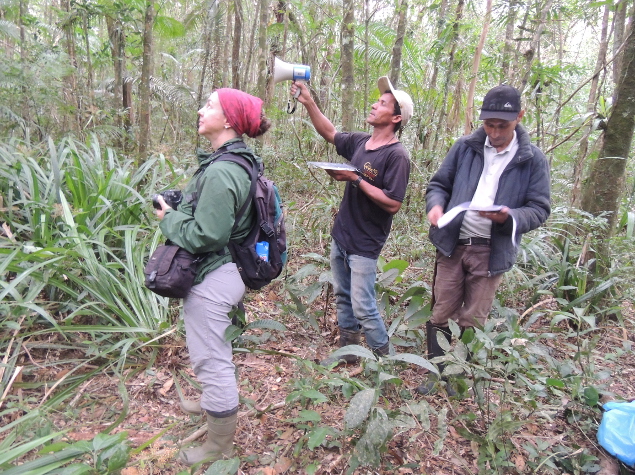 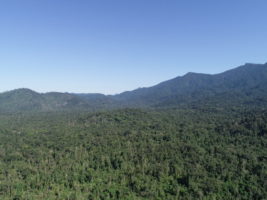 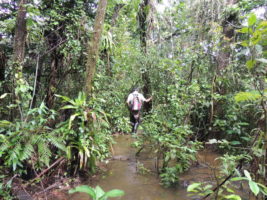 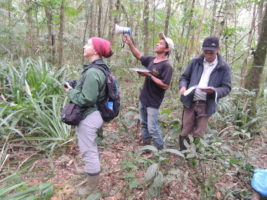