Fondation Ensemble has been awarded the Oscar for International Philanthropy 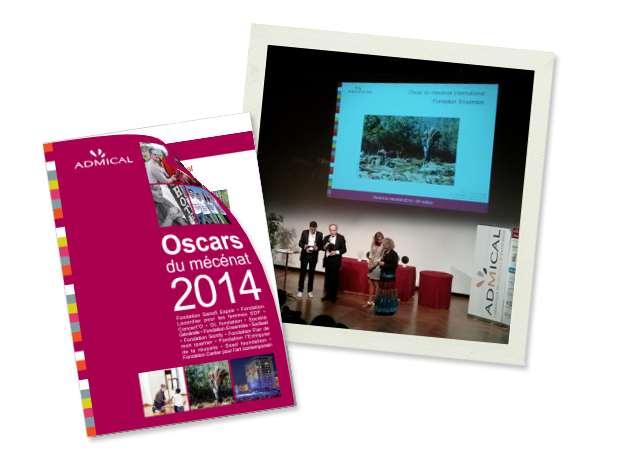 Corporate philanthropy network Admical’s ‘Oscar’ award ceremony was held in Paris on 1 July 2014.
Seven prizewinners were chosen from around fifty nominees.
The Foundation is particularly honoured to have received the Oscar for International Philanthropy, which enhances its reputation and visibility in the world of private foundations.