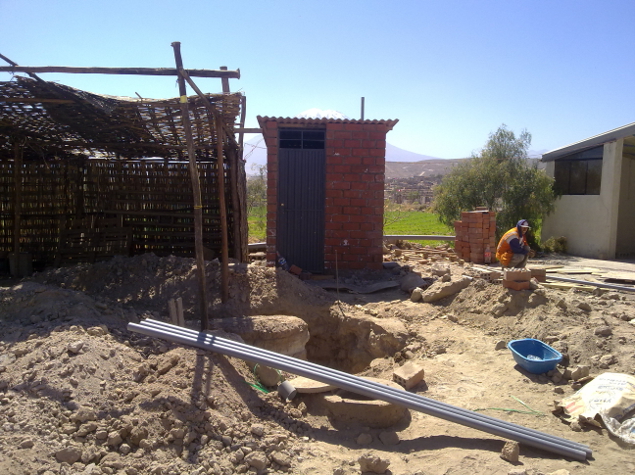 To raise water and sanitation coverage in targeted districts to approximately 100% through the growth of local business capacity to provide and sustain service over time.

Monitoring and evaluations during the project

This project has been a source of frustrations because the strategy, the objectives and the monitoring indicators were not coherent between them. After 8 months, the result indicators were revised downwards and the activities linked to the drinking water have been abandoned. Thus, the apparent good results reached do not reflect the objectives initially established which had motivated our support for this project.
WFP left the area immediately after the end of the project, abandoning these fragile results to their own fate. The visit done 4 months after the closure of the project showed, as we feared, that the dynamics broke down.

Extract from the final evaluation, performed by Juan Carlos Gonzalez Torne from the consulting firm Ecopsis in December 2014

Sustainability
1- Of companies in the sanitation market
The model implemented by WFP in Arequipa initially set out to stimulate demand for individual sanitation, strengthen and put together an offering that meets the expectations and capabilities of these rural, marginalized and extremely poor populations, as well as to help develop a policy and institutional environment favorable for sustainability and widespread growth of these markets.
Of the companies involved in the program, both DIPOLSUR and TANKPLAS are companies that already have a presence in the market and have a suitable organizational structure and sufficient working capital to maintain a presence in the sanitation market, unlike HECOSUR which despite having the required expertise, its management is practically a sole proprietorship, its sustainability is uncertain.

2- Sustainable Financial Capacity
Discretionary criteria for segmentation are related to at least five categories: household income and the ability to save, home ownership, access to credit, the urban experience of household members, and family preferences regarding their conception of a bathroom and methods of installation and purchase.
The ability to pay by the poorer segments in the program’s area of influence is diverse and is in response to a wide range of economic activities, income levels, expectations, and demand for social inclusion and progress.
In this framework for action, the program has attracted the interest and involvement of financial agents with sufficient financial capacity and willingness to take credit risks in order to maintain an offering of services over time that generate development, labor and that promote a competitive market.
In the case of the entrepreneurs like DIPOLSUR and HECOSUR, they are not willing to take credit risks on their own as they do not have the internal structure to develop a credit investigation of potential customers. Beyond being a business opportunity for finance companies, it involves the need to develop coordinated work where the objective is « Win-Win »
The program has demonstrated that sustainability is put at risk when the customer believes that the investment is not worth the benefits. Either because the benefits are considered too low – or because the investment is considered too high. The right balance between costs and benefits (perceived) is actually the best contribution to sustainability, and will be a key criterion for the development of the new rural sanitation strategy.

3- A long-term effort
The program made an effort to leave a solid base of actors involved in the value chain of the sanitation markets in Arequipa who allow the outlining of a new paradigm for improving the quality of life of low-income inhabitants with the prospect of a social alliance with the participation of the state, regional and local government, as well as community leaders and private enterprise.
Even so, the sanitation markets are long-term efforts that require sustained support so that the supply and demand for services work without the need for the intervention by a Market Catalyzer like WFP has been during these three years of implementation.
The sustainability of the program has been linked to the crosscutting and invisible role that WFP developed as a market catalyst over these past three years, which made it possible to create a favorable environment to develop the sanitation market and encourage the various actors involved in the business.
Major factors that may affect the achievement the program’s sustainability include: 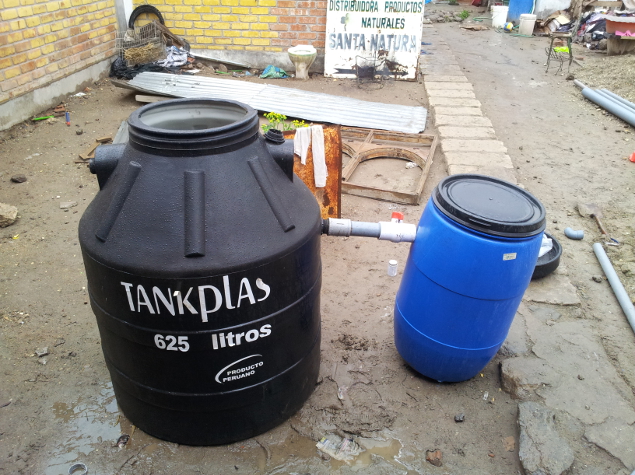 Alternative Biodigestor Prior to Installation 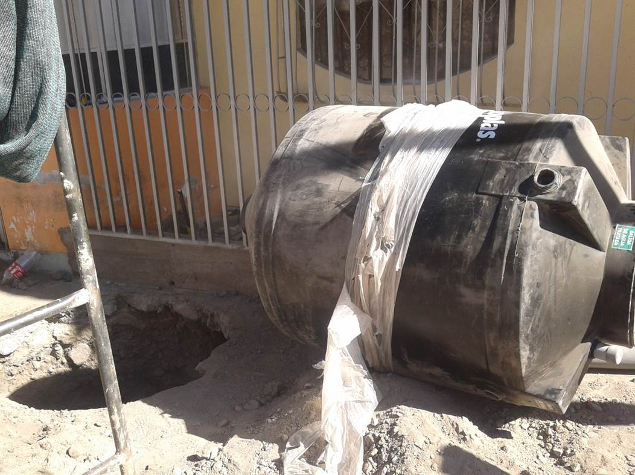 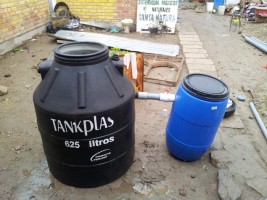 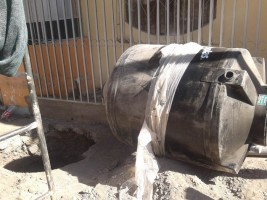 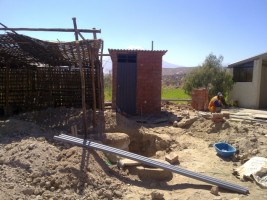